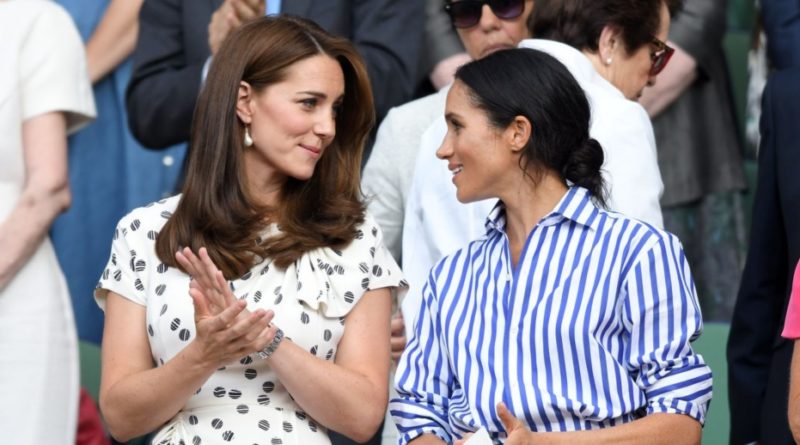 Both Kate Middleton and Meghan Markle are not allowed to wear this certain accessory before 6pm.

Excuse me royal family, but what the heck?

Since the moment they officially became members of the royal family, Kate Middleton and Meghan Markle both had to abide and adapt to a series of strict fashion rules.

And while the Duchess of Sussex is no stranger to breaking royal fashion rules-the most recent example being with a gorgeous tuxedo mini dress-there is one rule that neither she or her sister-in-law, the Duchess of Cambridge, have broken.

According to Royal and British Etiquette Expert Grant Harold- Kate and Meghan have to avoid one particular accessory before 6 o’clock in the evening.

And to which item does this queer rule apply to?

Grant says that diamond tiaras are banned from being worn during the day as they are strictly evening attire. There are exceptions to this rules of course, such is the case for Meghan and Prince Harry’s wedding day. The Duchess of Sussex’s stunning tiara that she wore on her big day was lent to her by the Queen. It is consisted of large and small diamonds and platinum.

The last time Kate Middleton was seen wearing a bejeweled tiara was in December 2017, when she attended a ball held by the Queen. The reason why royals wear tiaras is steeped in tradition. And only married members of the royal family are allowed to wear the accessory.

The next big royal wedding is that of Princess Eugenie in October.

Why William And Kate Will No Longer Wear Mask During Engagements