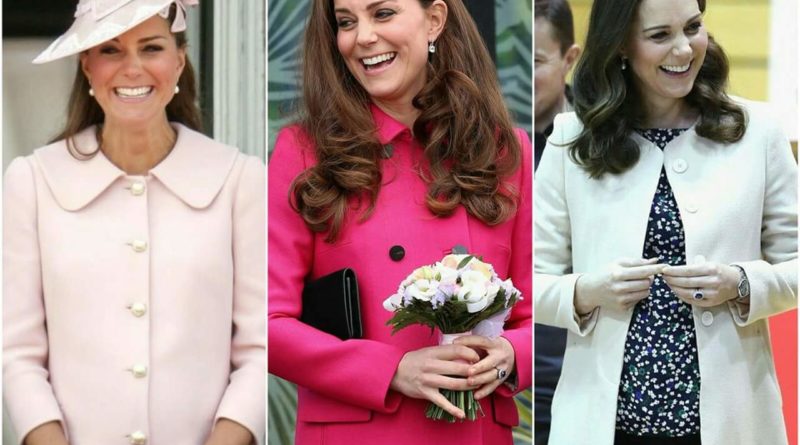 She gave birth to her third child in April this year.

Kate Middleton and Prince William recently became parents for the third time. Prince Louis came to this world in April 2018, with his brother Prince George and sister Princess Charlotte arriving in July 2013 and May 2015 respectively.

The Duchess took her maternity leave before giving birth on March 22, as she wanted to have time to prepare for the arrival of the newest family member.

And while the initial plan for Kate Middleton was to not return to royal affairs until autumn, new reports suggest that she might take an extended maternity leave after feeling like she went back to work to quickly with Prince George and Princess Charlotte.

However, the 37-year-old is still expected to be there for some important family occasions, including Prince Harry and Meghan Markle’s wedding on May 19 and the Trooping the Colour parade in June.

Here is everything you might want to know about Kate’s past with maternity leaves:

After giving birth to Prince George, Kate barely gave herself any time off.

The Duchess of Cambridge continued with work up until she was in her eighth month of the pregnancy, and returned to her royal duties after just five weeks after giving birth when George was only one month old.

Kate was in attendance at the Trooping of the Colours on June 15 2013-which marked her last appearance before giving birth-and returned on August 20, 2013, for the Ring O’Fire Anglesey Coastal Ultra Marathon in North Wales.

And she looked stunning just five weeks after giving birth. It was no different for her second pregnancy as she again worked until her eight months.

However, thankfully, this time she gave herself more time off with her newborn and didn’t return to work until Princess Charlotte was four months old and could attend the Anna Freud Centre in central London.

After giving birth, when we first saw her she was rocking a totally new look with a fringe and a trim figure.

Kate returned to work: The Duchess of Cambridge is likely to take extended maternity leave

Just like her other two pregnancies with Prince George and Princess Charlotte, Kate continued working until she was in the eighth month of her pregnancy with her newborn son Prince Louis.

Her last royal engagement was at The Royal Society of Medicine.

In the UK women must take at least two weeks off following the birth of their child.