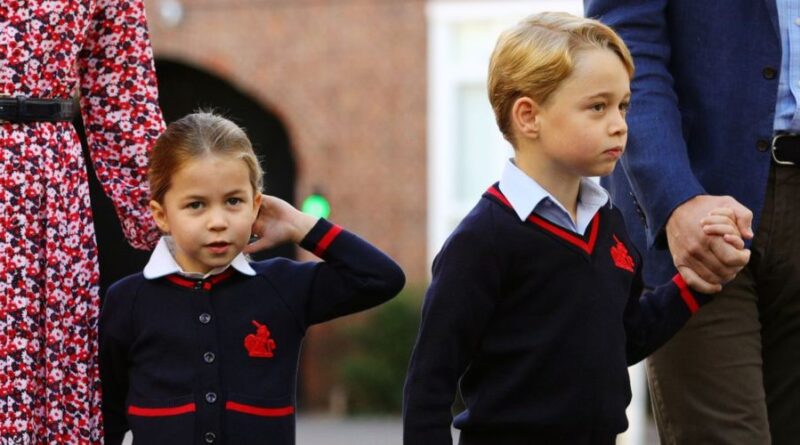 And so the new year has begun and the festive season has ended. The holiday season last year was very different due to the global pandemic, but hopefully, this will be a onetime thing. Families all over the world had to adapt and spend Christmas more intimately with a smaller circle. It was the same for the royals as well, with the Queen, for the first time in years, spent Christmas alone with her husband at Windsor. As there was no family gathering, Prince William and Kate, along with their three children, spent the festive period at Anmer Hall, their country home in Norfolk.

During the weekend, the UK government confirmed that all primary schools in London will stay closed for the start of the new term, which means that Prince George and Princess Charlotte’s return to Thomas’s Battersea has been delayed.

Prince George, 7, is currently Year 3, while Princess Charlotte, 5, is in Year 1. There was also talk that the youngest of the trio, Prince Louis, would be starting at nursery this week-much like his two older siblings who both started going around the same time but now that seems very unlikely.

The speculation has been that Prince Louis would be enrolled at Willcocks Nursery School, which Charlotte attended at the same age, with the first day of the term being on January 6.

However no announcement has been given by the couple, so it is very likely that they will choose to enroll him later this year.

During a time last year, Prince William and Kate Middleton both had to take up homeschooling duties, as all of their children were at home due to the lockdown, which itself proved to have its challenges.

During his appearance on That Peter Crouch Podcast, Prince William shared some experiences he had with it: “Probably that my patience is a lot shorter than I thought it was… And that my wife has a lot of patience… I was a bit embarrassed about my maths knowledge – I can’t do Year 2 Maths!”

In one appearance on This Morning in May last year, Kate also talked about how Prince George wasn’t the happiest at the fact that his little sister was getting more exciting school projects.

The Duchess said: “George gets very upset because he wants to do Charlotte’s projects. Because making things like spider sandwiches is far cooler than doing literacy work!”.

READ NEXT: Prince William And Kate’s Big Plans For George And Charlotte In 2021