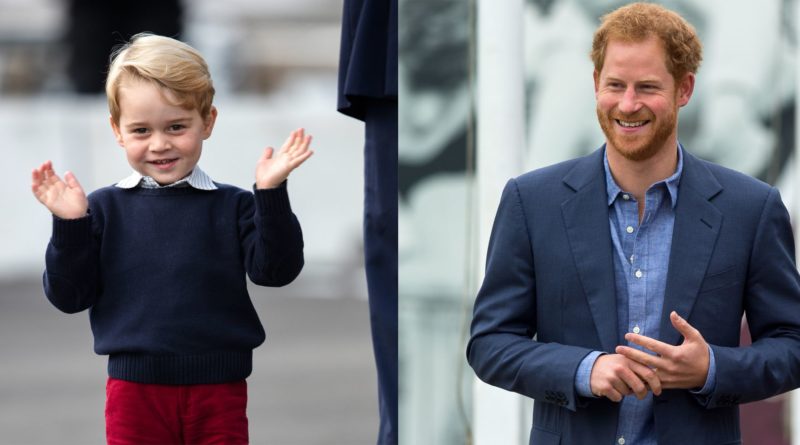 And the reason why is quite dumb, to be honest. What were they thinking?

Prince Harry was absolutely thrilled when his brother Prince William and wife Kate Middleton got their first child, Prince George, in 2013, making him an uncle for the first time. And it seems that the Duke of Sussex has a great relationship with his nephew, as well as his niece Princess Charlotte, 3, and Prince Louis. And despite this, the public has never seen a photograph of Prince Harry playing or interacting at all with the five-year-old.

Of course, the two have been in photographs together, such as Prince Charles’ 70th Birthday portrait as well as the official images from Meghan and Harry’s wedding. But still no photo of the pair interacting one-on-one. Apparently the reason behind this, according to a royal writer, is that the Palace didn’t want Harry to be branded a “spinster”.

They went on to explain: “[This] is not because of tension with a five-year-old, I think it was on purpose because Harry was single and they didn’t want him like ‘poor old spinster Harry playing with a baby on the grass’, but we never see that.”

Well, that shouldn’t be a problem anymore, as Prince Harry got married to Meghan Markle in May this year. The couple is currently expecting their first baby, which is due in Spring 2019. Harry has previously spoken lovingly about his niece and nephew Prince George and Princess Charlotte, telling the Mail on Sunday in 2017: “The rea­son I am now fifth is be­cause of my nephew and niece and I could never wish them away.”

He lovingly added: “They are the most amazing things ever.”

READ NEXT: William And Harry Released Their Christmas Card Photographs