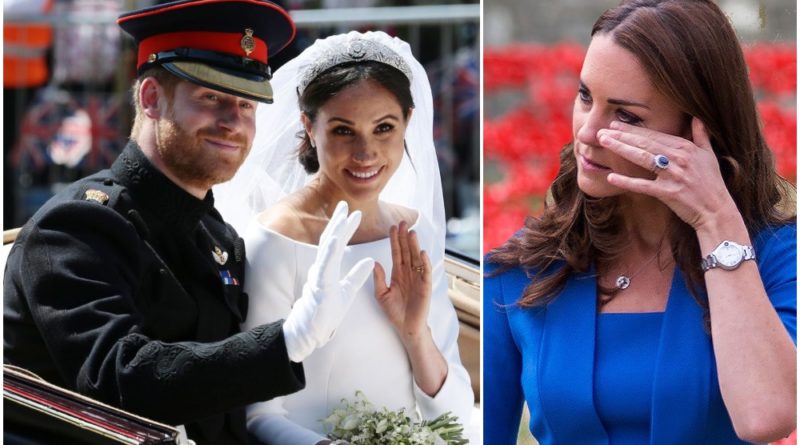 According to a royal insider, Kate was emotional at Princess Charlotte’s bridesmaid dress fitting for Prince Harry and Meghan’s wedding.

Princess Charlotte was one of the bridesmaids at Harry and Meghan’s wedding party. She had been trying on her outfit just weeks before the big day. However, the preparations were reportedly difficult for her mommy. Kate “had only just given birth to Prince Louis and was feeling quite emotional.” Well, it makes sense. Life with a newborn it is not that easy.

Duchess Kate didn’t have a special role in the royal wedding. Still, she was the one who helped the bridesmaids and the page boys at the steps of St George’s Chapel and into the church.

Since Meghan entered the Royal family, many rumors have been spreading about the relationship between the Duchesses. Many say that there’s a tension between the two of them and they actually don’t get along.

But from what we’ve seen so far, Meghan and Kate have seemed happy, at least cordial, whenever we’ve been lucky to see them together.

Kate and Meghan have appeared together without their husbands at the Wimbledon women’s finale. They went to support Meghan’s friend, Serena Williams, who was playing against Angelique Kerber. And last week, they even stepped out in coordinated outfits for two separate events. That twinning moment was not a coincidence, for sure!

Recently, it was revealed that Harry and Meghan are moving to Frogmore Cottage, and they won’t be William and Kate’s neighbors. There were rumors that the decision to move may be because a rift is developing between the two couples because “Kate and Meghan are very different people”.

But we believe the real reason is because Harry and Meghan want their kids to have more privacy and as normal life as possible.

Royal contributor Omid Scobie reveals that the pregnant Duchess of Sussex wishes to “bring up children who know the values of normal things in life.”

“Meghan will take her kids on a subway. They’ll have chores, and jobs one day,” Scobie revealed. “They won’t be spoiled.”

READ NEXT: Harry And Meghan Could Choose This Royal Name For Their Baby

When Is Princess Charlotte Birthday? How Old Is She?