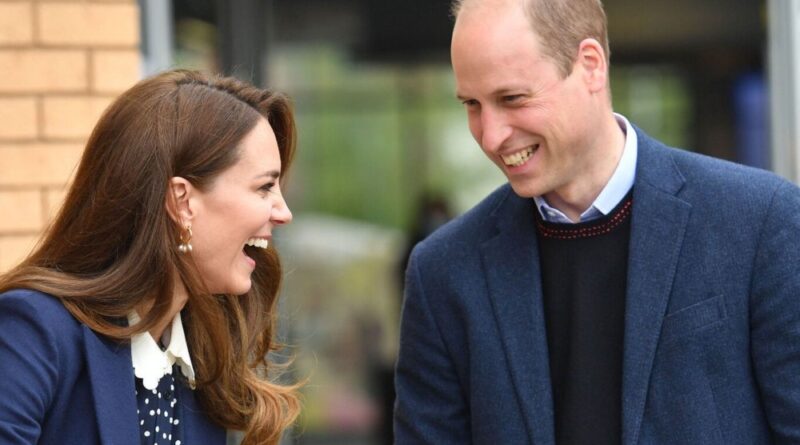 Prince William and Kate Middleton have been on a two-day visit to Scotland since Wednesday, but their location isn’t the only thing that changes when they’re up north – their titles do too!

While the royal couple have been known as the Duke and Duchess of Cambridge ever since their wedding day, they were bestowed with three titles by Her Majesty the Queen that day.

Prince William holds the titles: Duke of Cambridge, Earl of Strathearn and Baron Carrickfergus. Kate Middleton also receives these titles as his spouse.

So since the royals hold Scottish titles, when in Scotland Kate and William go by Earl and Countess of Strathearn.

As the first stop of their trip, William and Kate spent the morning in Glasgow with a group of young children who take part in a program to aid their wellbeing, namely a Roots of Empathy session at St. John’s Primary School.

The Roots of Empathy initiative is an early intervention program run by one of Kate’s leading causes, Action for Children, which aims to help young children develop and build empathy. It is a classroom program where infants visit elementary schools on a regular basis in order to allow to school children to observe the infant’s development and emotions.

The Duke and Duchess also spent time talking to kids who have already completed the program.

This outing was especially interesting for Kate, who launched The Royal Foundation Centre for Early Childhood just last year, which allows her to focus on the emotional and mental wellbeing of young children.

There they surprised tenants, chatted with them, their families and children, even visiting some of them in their homes.

For their last stop on Wednesday, William and Kate visited the University of Glasgow. There they talked to students, academics and recent alumni about mental health.