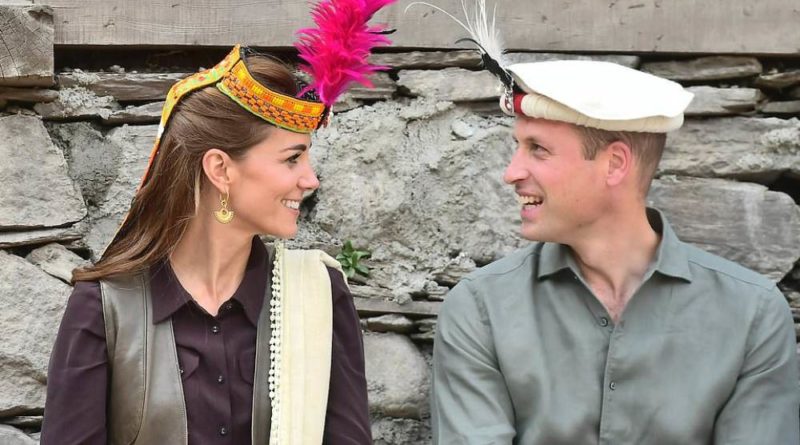 Prince William and Kate continued their royal tour of Pakistan on Wednesday, beginning the day with a visit to the beautiful Hindu Kush mountain range, a few miles from the Afghan border.

First, the couple overlooked the northern tip of the Chiatibo Glacier in Broghil National Park, to witness effects of climate change and consequences of global warming. It was the first time they had seen a melting glacier.

Later on Wednesday, they travelled to a nearby valley in the centre of Chitral, where isolated communities have suffered from severe flash flooding in recent years as a result of nearby glaciers melting.

After arriving in Chitral, Prince William spoke briefly on the need for more action on climate change.

According to him communities “vulnerable to change needed more education, more awareness and political action”.

William, who graduated from the University of St. Andrews with a geography degree, said: “Dr. Warren, my geography teacher, would be well impressed that I’m back at a glacier after all these years.”

Kate brought back memories of Diana today, as she wore a traditional Chitrali hat similar to the one worn by the Princess of Wales almost 30 years ago.

Men normally wear the Chitrali hats but Kate was also given one because she is VIP. She wore it a shawl and colorful embroidered jacket she was also given, which she placed over her leather vest, brown shirt, midi brown skirt, a brown jacket, her Really Wild waistcoat and a pair of trusty boots.

William and Kate were also shown a book of photos of Diana from when she visited the mountainous northern area in 1991. “Ha, ha, ha! The same hat!” William said. “Very special,” Kate added.

For their third engagement of the day, the couple travelled to Bombaret village in Kalash valley, to learn more about their culture and unique heritage.

While there, William and Kate met locals and spent time with children. They also witnessed performances of traditional dances and music of the local people.

Duchess Kate also was given a cap that is traditionally worn by Kalasha women.

“They were very happy, meeting and shaking hands with everyone,” a district administration official said of William and Kate, adding that the couple also took keen interest in the Kalash culture.

READ NEXT: William And Kate Arrived At The National Monument In Islamabad