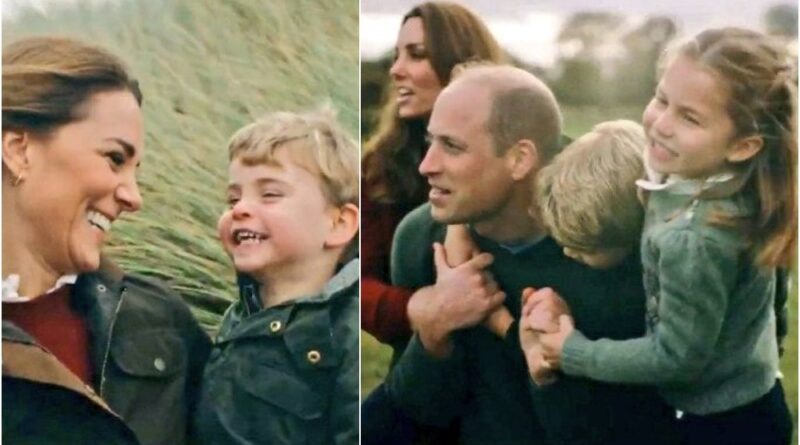 Prince William And Kate thanked fans for their lovely wishes on the occasion of their tenth wedding anniversary on Thursday 29 April. The couple released an unseen, heart-warming, family video with their children George, Charlotte and Louis.

The newly released clip starts by showing the couple spending a day on the beach with their children. Then, William and Kate are filmed chasing their kids around their garden, while Charlotte and Louis played on a seesaw and a swing, climbing trees and even roasting marshmallows around a campfire with the kids.

“Thank you to everyone for the kind messages on our wedding anniversary,” the couple said in a message accompanying the footage, which was shot in Norfolk last fall.

Thank you to everyone for the kind messages on our wedding anniversary. We are enormously grateful for the 10 years of support we have received in our lives as a family. W & C

“We are enormously grateful for the 10 years of support we have received in our lives as a family. W & C.”

The video comes after Prince William and Kate marked their special milestone by sharing two photos of them snuggling in a happy embrace.

Prince William and Kate tied the knot at Westminster Abbey in a glorious wedding ceremony that was attended by 1,900 guests, including celebrities David and Victoria Beckham, Sir Elton John, Joss Stone and Guy Ritchie. It was followed by a procession to Buckingham Palace where the newlyweds shared a kiss on the balcony in front of delighted crowds and cameras.

Prince William Urged To Become Prince Regent! What Does It Mean?