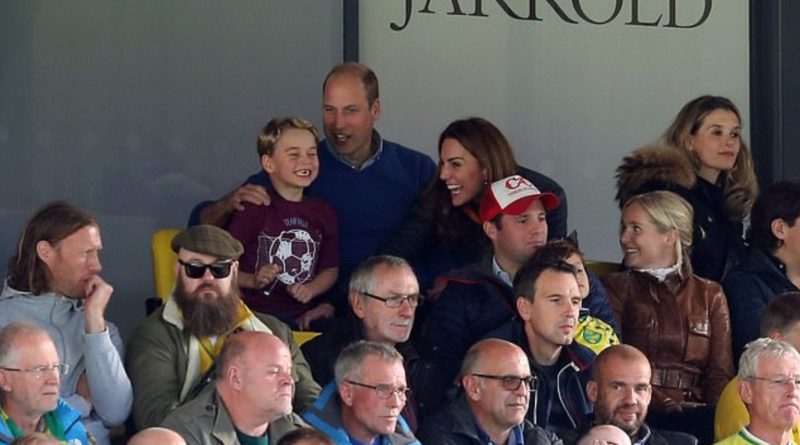 Prince George seemed so excited as he was snapped celebrating wildly at Carrow Road alongside his family after Conor Hourihane put Aston Villa 5-1 up against Norwich.

He sat next to his dad, who looked smart in a blue shirt and V-neck sweater. George was spotted even rising to punch the air when celebrating Aston Villa’s fourth goal, scored by Conor Hourihane.

His sister Charlotte was sitting on mom Kate’s knee. And it looks like Kate was explaining the game to her daughter.

The royals were treated to a dazzling display from Dean Smith’s men as they raced into a 4-0 lead just after the hour mark.

And the camera panned to George in the stands who failed to control his delight as Villa ran riot in East Anglia. At that moment the cameras panned round to where Prince George was sitting with family and captured his delighted reaction to the goal.

It’s doesn’t surprise us that the Cambridges chose to watch this game, as Prince William is a long-term Villa supporter. So, we’re glad to see that he has passed his passion for his young son.

Ahead of Villa’s FA Cup defeat to Arsenal in May 2015, he spoke to BBC presenter Gary Linker about his Villa allegiance.

Prince William said: “A long time ago at school I got into football big time.

“I was looking around for clubs. All my friends at school were either Man United fans or Chelsea fans and I didn’t want to follow the run of the mill teams.I wanted to have a team that was more mid-table that could give me more emotional rollercoaster moments.

“Aston Villa’s always had a great history. I have got friends of mine who support Aston Villa and one of the first FA Cup games I went to was Bolton v Aston Villa back in 2000.

“Sadly, Villa went on to lose to Chelsea. It was fantastic, I sat with all the fans with my red beanie on, and I was sat with all the Brummie fans and had a great time. It was the atmosphere, the camaraderie and I really felt that there was something I could connect with.”

William has also been FA president for nine years having taken over the role from his uncle, the Duke of York, in May 2006. He is an avid football fan, even tweeting his approval of Liverpool’s victory over Barcelona in the Champion’s League semi-final this spring via the official Kensington Palace Twitter account, signing his tweet “W”.

READ NEXT: See The Thank You Cards William And Kate Sent After George’s Birthday 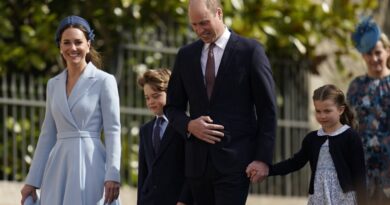