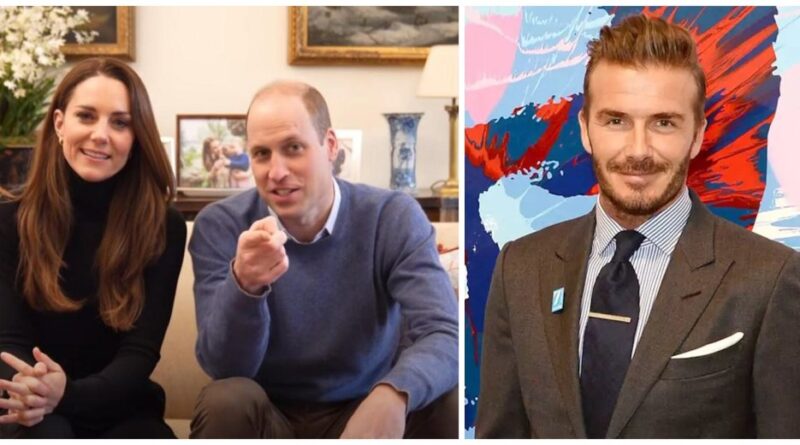 On Friday the Duke and Duchess of Cambridge were joined by various celebrities to deliver a very important message.

The message played across every radio station in the UK this Friday at 10:59 am, encouraging people to continue the national conversation on mental health.

In the short clip, David Beckham talks about how important mutual understanding and hope are, especially in this time of reflection, while Jamie Oliver talked about the fact that we all have mental health-just as we have physical health-a trait we all have that unites us, which should be talked about and taken care of.

William says: “So, as we come to the end of this Mental Health Awareness Week, it would be great to keep talking.”

Kate then says: “Because our mental health binds every single one of us together.”

David and his wife Victoria Beckham are no strangers to royalty, as they were among the high-profile guests at both Prince William and Kate’s wedding back in April 2011, and Prince Harry and Meghan Markle’s wedding in Windsor in May 2018.

The Mental Health Minute is created in partnership with The Royal Foundation of The Duke and Duchess of Cambridge, and this year it is in support of Shout 85258-the UK’s first free, confidential, 24/7 text messaging support service.

The service has round the clock support from clinical supervisors and trained volunteers whose goal is to ensure that no one has to face their problems alone. Shout was also made from The Royal Foundation, being researched and developed by it as a legacy of the Heads Together campaign.

This year’s message, which was delivered by Radiocentre and Somethin’ Else, was written by poet, writer, and mental health activist, Hussain Manawer, who has been a long time supporter of both Shout 85258 and the mental health campaign Heads Together and Heads Up, both projects started and run by The Royal Foundation.

This comes after the Duke and Duchess of Cambridge went on a joint engagement on Thursday. The couple went to Wolverhampton, where they visited three youth organizations to find out just how exactly they provide support to young people and children for their mental health and wellbeing.

Prince William and Kate had a great time, besides talking with the young people that use the services, as well as those who give them, the royals took part in sporting activities at The Way Youth Zone, going head-to-head during a game of table tennis, and William showing off his gardening skills when they planted flowers.

This was all made in order to Mark Mental Health Awareness Week, a cause that Prince William and Kate are huge proponents of.

READ NEXT: The Sweet Moment Between Prince William And Kate That Sent Fans Into Meltdown