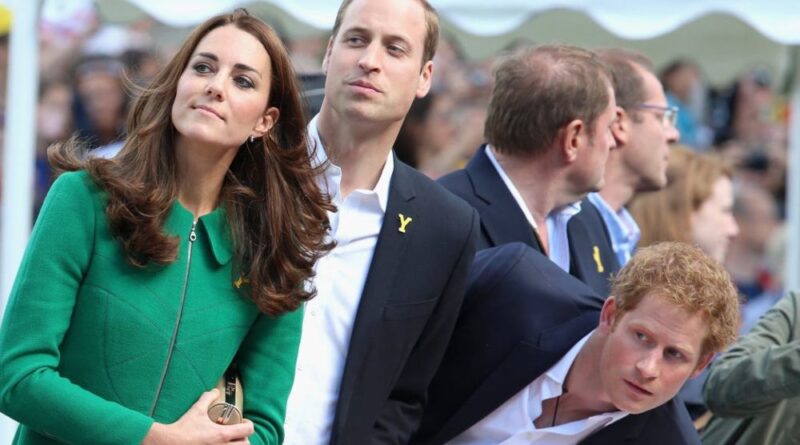 Prince Harry just turned 36 on the 15th of September. It has been quite the year for the 36-year-old, filled with change. He moved from England to Los Angeles with his wife, Meghan Markle and their son, one-year-old baby Archie, signed a huge deal with Netflix and, according to Omid Scobie, co-author of the recent royal biography Finding Freedom, seems to have found his true path in life, feeling ‘happier than ever’.

However, due to the move, it means that this year he will be celebrating his birthday away from his family and friends, but they didn’t forget him, as birthday cards have been piling up all day from his friends and family.

One of the sweeter messages came from his brother and sister-in-law, the Duke and Duchess of Cambridge-who were last seen in public with him at the Commonwealth Day service at Westminster Abbey in London in March-shared a photo of the three of them taking part in a running race, with smiles on all three faces. The caption read: ‘Wishing a very happy birthday to Prince Harry today!’ finished off by birthday cake and balloon emojis.

The photo, taken back in 2017 when the royal trio got ready at the start line of the London Marathon Community Track in support of Heads Together, their then-campaign to highlight mental health, has sparked feelings of nostalgia amongst royal fans.

‘Can’t wait to see them all together again,’ wrote one follower, while another added: ‘I remember this day, it looked like such fun!’

Other royals besides the Cambridges also sent birthday wishes to Harry, such as the Queen and the Duke of Edinburgh, who shared a photo of Harry with his grandmother at a Queen’s Young Leaders reception at Buckingham Palace in 2017, with the caption: ‘Wishing The Duke of Sussex a very happy birthday!’

His father, the Prince of Wales, and his wife the Duchess of Cornwall also shared two photos of Harry as a way of marking his birthday.

We have no doubt that Prince Harry will have a great birthday, despite the current lockdown restrictions, perhaps a small low-key party is just what the Prince needs.

The Palace Started Mole Hunt About Rift Between Kate And Meghan