Its is one of the more important events for the royal family so the Fab Fours presence is a must.

On Saturday 9th November the four will head out to Royal Albert Hall in London to attend the Festival of Remembrance, while on Sunday they will be at the Cenotaph in Whitehall for the Remembrance Day service.

The two couples, who royal fans named the Fab Four, made their last joint appearance at a charity polo match in Berkshire in July along with their children, although they recently teamed up by voicing a special film for Public Health England’s mental health campaign Every Mind Matters.

Most recently, Prince Harry talked about the rumored rift between him and his brother William during a new ITV documentary about his family’s royal tour of Africa, saying: “The majority of the stuff is created out of nothing but as brothers, you know, you have good days, you have bad days.” When asked about his and Prince Williams futures, Harry added: “We are certainly on different paths at the moment but I will always be there for him as I know he will always be there for me. We don’t see each other as much as we used to because we are so busy but I love him dearly.”

On Thursday, November 7th, Harry and Meghan have another joint engagement, but this time with the Duchess of Cornwall at the Field of Remembrance at Westminster Abbey. This will be the first visit to the memorial for Meghan and Camilla, which is organized by The Poppy Factory.

There are speculations that Prince Harry and Meghan are planning to take a six-week break from royal duties, after the exhausting trip that was the South Africa tour. In their downtime, the couple might take baby Archie to his other grandma, Doria Ragland, Meghan’s mother back in the US. 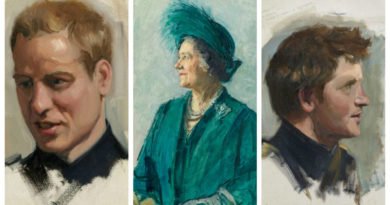 Unseen Royal Portraits Revealed. They Will Go On Display At Buckingham Palace 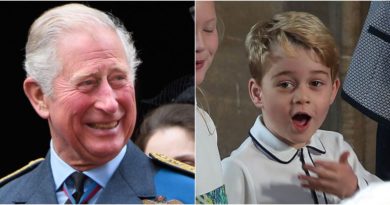 The Secret Gift Prince Charles Has For Grandson George