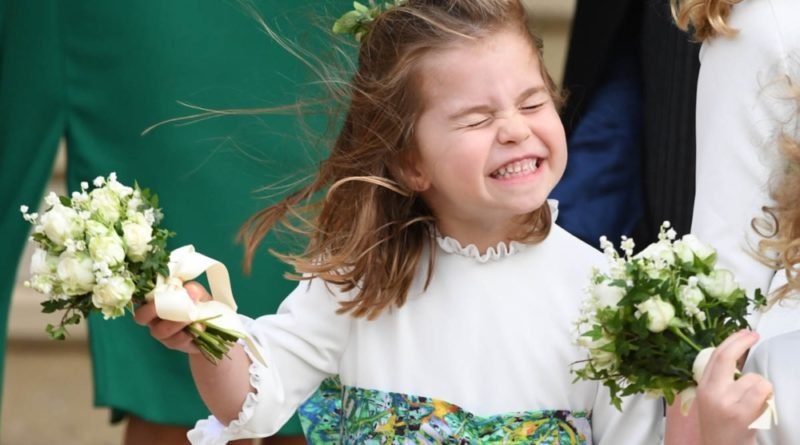 Being a royal certainly has its perks, especially if you are a kid who doesn’t understand any of it. You have large gardens to run around in, lots of space inside to play and opportunities to try everything you want from horseback riding to dancing.

That’s the everyday life of Princess Charlotte, the middle child of Kate Middleton and Prince William, the heir to the British throne.

So what is a day in the life of Princess Charlotte? Lets take a look and see. Despite their busy lives, filled with non-stop engagements and events, Prince William and Kate Middleton have made the upbringing of their three children a top priority. And the royal have one thing they pay special attention to-providing their kids with an as normal life as they can.

“William and Kate very much prioritize bringing up the children in as normal an environment as possible over anything else,” a source close to the family told Us Weekly. “They haven’t lost sight of that.”

So how does that ‘normalized’ royal life look like for Princess Charlotte?

She Goes To School

Just like any kid her age, Princess Charlotte attends nursery school and her parents have drop off duty. Each morning, Kate and William take turns on who will be dropping their eldest two children to school that day. Its not a long trip, as Charlotte attends Willcock’s Nursery School, which is just down the road in Kensington. Like every kid, Charlotte enjoys spending time outside. And for her to play and run around peacfully in the garden, the Duke and Duchess of Cambridge have installed extra tall bushes in their Kensington Palace yard. The Princess has also been seen going to the park and having fun there with her mother and older brother, Prince George.

She Hunts For Bugs In The Garden

One of their stranger family habits, Princess Charlotte, Prince George and even their mother Kate Middleton spend a lot of time hunting for spiders in the Kensington Palace garden. Now that’s one brave royal. Being a Royal is hard work, so any skill is helpful. That’s why Princess Charlotte is taking Spanish lessons, and from none other than her nanny, Maria Turrion Borrallo.

She Participates In Horseback Riding Lessons

The queen’s love for horses seems to have been passed on to her great-granddaughter. Apparently the young princess is very passionate about horses and really enjoys her lessons.

And, according to Natasha Baker, a Paralympic Equestrian, Kate Middleton is a very proud mom. Following an event at Buckingham Palace, Baker said Kate Middleton gushed about how “Charlotte is really enjoying her riding.”

She Can Watch TV For One Hour A Day

It seems that none can escape dumb parent rules. Prince William and Kate Middleton keep on eye on how much time their children spent in front of the TV. They are only allowed 1 hour per day, and Princess Charlotte prefers spending that hour watching her favorite show, Peppa Pig.

She Loves To Dance

According to her father, Princess Charlotte is quite the dancer. While talking to Malta leader Joseph Muscat’s wife Michelle, Prince William said: “My daughter Charlotte loves dancing.” Even if you are three years old, that doesn’t mean you shouldn’t prepare for her future royal duties. Princess Charlotte is already stepping into her royal life, and her favorite activity? Hosting guests.

According to Us Weekly’s source, the young princess has a very lively personality and loves to play hostess at their Kensington Palace apartment.

“She’ll come up to guests and ask them if they want tea or coffee or offer them sweets,” notes the source.

READ NEXT: Kate And William Reveal What Kind Of Parents They Are

The Funny Moment Between Princess Charlotte And Prince Louis You Missed