A close friend of Prince Harry and Meghan Markle has revealed how the brand new parents are doing after the birth of their son Archie.

Johnny Hornby, chair of one of Harry’s charities Sentebale, has revealed the sweet detail that the couple ‘can’t take their eyes or hands off’ the baby. They welcomed their first child last month, with Meghan being on maternity leave since, leaving Harry to attend royal events and engagements solo.

While speaking to PEOPLE, Mr Hornby said that the couple has had quite a few guests at their home at Frogmore Cottage after the birth of the baby, from Meghan’s mom to friends of hers and Harry’s.

Mr Hornby added: “Nacho met little Archie last week and said that the Duke couldn’t take his eyes off of him — nor his hands.

“The two of them are just in a state of sheer delight over this birth.”

The Sentebale project was set up back in 2006. Its goal is to help and support orphans and vulnerable children affected by the HIV and AIDS crisis in Lesotho, Africa. Mr Hornby’s comments come after Mr Figueras also gave off details about Archie after his meeting with the Prince.

Just two weeks after baby Archie was born, the new father had to leave Archie and Meghan as he went to Rome for a charity polo match. The match was held to raise funds for the Duke’s organization Sentebale. During his trip there, Prince Harry was asked by the Argentinean polo player Mr Figueras how was the dad life going. He then gave an intimate update on how little Archie was doing and how the new father was coping with this major life change.

He told PEOPLE: “The Duke is the kind of father I always imagined he would be.

“He has always had a great love for children and a great understanding of them.

“I noticed that becoming a father has influenced him and his dedication and love for the project is now stronger than ever.”

READ NEXT: This Is When We Will Next See Meghan 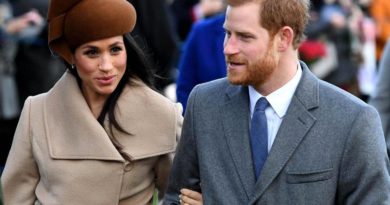