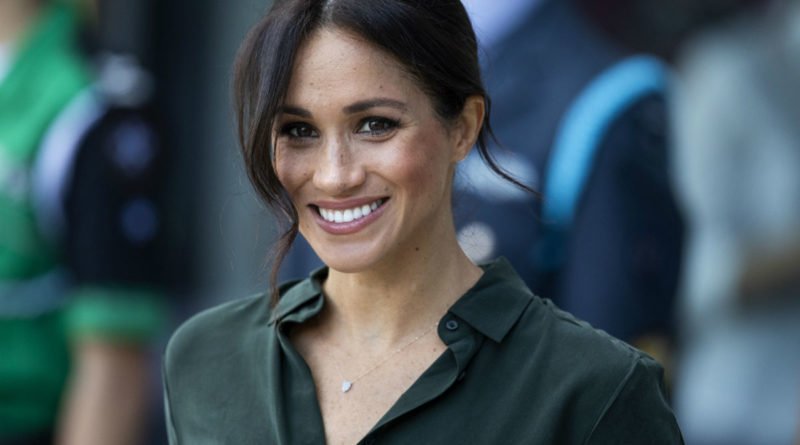 Meghan wore a certain jewelry piece once, and it has already been sold out according to the designer.

The Duchess of Sussex has quite the jewelry collection. From items such as the pearl earrings given to her by the Queen and the aquamarine ring that once belonged to Princess Diana, the Duchess also has tons of other stunning but affordable jewelry.

During their official visit to Sussex alongside her husband Prince Harry on Wednesday, Meghan chose to go for something more high-end. She looked amazing while wearing pieces from Hugo Boss and Armani while carrying a $1,995 silk bag by luxe designer Gabriela Hearst. When it came to her jewelry, the royal kept things a little more purse-friendly.

She wore three bracelets from the U.K. jeweler Missoma (with a modest price of 89$). They were joined by a new necklace from Los Angeles-based jeweler Adina Reyter that was purchased just last week. “Meghan always looks so impeccable and so stunning,” Reyter tells PEOPLE adding: “It’s so thrilling for me because she has access to the world’s most beautiful jewelry, but the fact that she purchases ours is such an unbelievable honor.”

Purchased from Club Monaco, the Solid Pave Teardrop Necklace, which retails for $418, features a 14K gold chain with a sterling silver and diamond-encrusted teardrop pendant and is currently sold out on the jeweler’s website.

This is not the first time that Meghan has bought pieces from Reyter, who has been working since 2001 and specializes in everyday fine jewelry. Meghan has previously bought a pair of gold and diamond earrings from the brand and has been seen wearing them on at least five separate occasions, most recently at the launch of the Grenfell Tower charity cookbook last month. “They are delicate but strong,” says Reyter of the 3 Diamond Amigos Curve Posts, a 14K yellow gold design that the jeweler believes Meghan purchased herself at online retailer Shopbop.

“The fact that she wears them over and over again is such a validation for us and what we do,” says the designer who adds that sales instantly increase, every time the royal is photographed in her pieces. “We have sold out of those earrings many times over — from a business perspective, it’s really unbelievable.”

And while Meghan is clearly a fan of Reyter’s contemporary but classic jewelry pieces, Reyter says she’s been a huge fan of Meghan for years.

“The minute they started dating I said to everyone in my office – she is the quintessential Adina Reyter girl. She is chic, she’s sophisticated, but something about her is very relatable – she’s gorgeous, but it’s like this effortless beauty – I just think she nails it every time!”

READ NEXT:  Prince Harry And Meghan Markle Can Finally Move To Their Renovated Apartment

Meghan And Harry Arrived In Their Namesake County Sussex