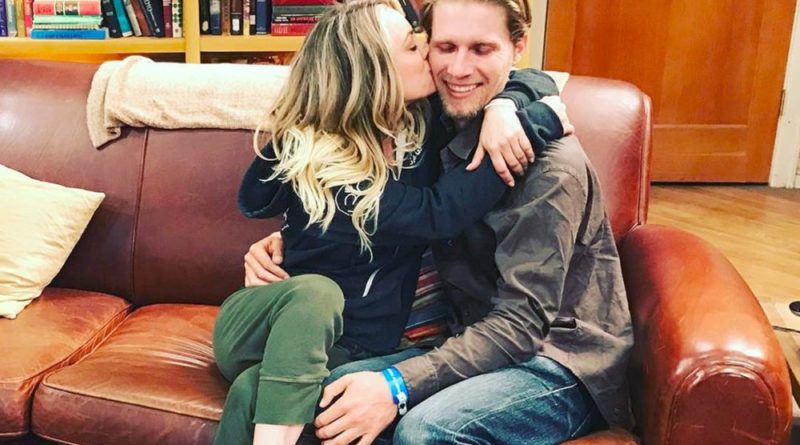 The star of The Big Bang Theory, Kaley Cuoco, just got engaged to her boyfriend Karl Cook. Karl proposed the question to the actress after nearly two years of dating, on her 32nd birthday.

Karl, a professional equestrian rider, revealed the great news with a heartwarming video he posted on Instagram. The Instagram post revealed us Kaley’s reaction to the proposal. She was flushed in tears, as she showed off the ring to the camera.

Who knew my prior post was oracular. Well after nearly two years I finally got up the courage to ask her to marry me. This is the best night of my life and I think the video shows it is the best night for kaley as well…..if she said yes!!!!!

Cook asked: ‘Honey? How do you feel, honey? What’s on your finger, honey?,’ while the actress was crying.

But then Cook reminds her: “You still haven’t said yes yet.”

The caption of the post says: ‘Who knew my prior post was oracular. Well after nearly two years I finally got up the courage to ask her to marry me’

Before the video showed up, Karl posted a photo of him and Kaley in a Christmas-decorated Target.

On my loves birthday I got her everything she has always wanted….now judging by her face maybe not, it's the thought that counts right???

He wrote: ‘On my love’s birthday I got her everything she has always wanted….now judging by her face maybe not, it’s the thought that counts right.,’

Kaley and Karl started dating since late 2015. In an interview the actress revealed how all began.

“We met at a horse show. I finally found my horse guy. I know. It was meant to be,” she gushed to the co-hosts. “He’s an amazing, amazing rider. Rider and jumper. Amazing equestrian and great human. We share obviously our passion for horses and dogs and all that. And it’s been lovely. So great.”

Their relationship went public in March 2016, when she shared several PDA photos of them together. Since then, the two have practically been inseparable.