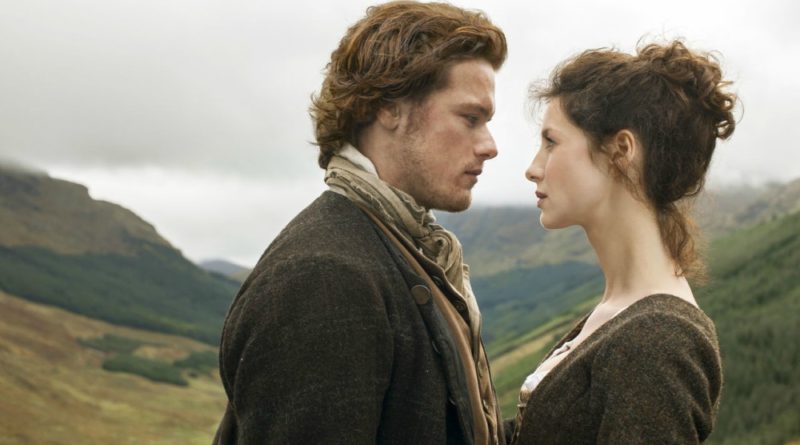 If you have seen or read Outlander from the very start, you surely know that Claire has been called lots of things, both derogatory and endearing. Most people call her a witch due to her having healing abilities, however that sticks out the most is “Sassenach.”

A Sassenach, is a old Gaelic word mostly referring to an English person or foreigner, Sassenach meaning “Saxon” as they used it to refer to Scottish Lowlanders who had Anglo-Saxon descent as way to set boundaries and divisions. In the very first episode, we see the Highlanders calling her that as she is an Englishwoman. However, Jamie uses the word as a kind of endearment. He is using the term with love and most frequently when he is peeved or she is being too defiant.

While it started as a simple word to distinguish her from the Highlanders, it now is a sign of familiarity between Jamie and Claire.

That is very important as Jamie hasn’t stopped using it during the 20 years that have passed.

In “A. Malcom,” after Claire regains consciousness, Jamie calls her by her name. But he goes back to calling her Sassenach, especially during their experience soon after in the bedroom.

“It’s always been forever for me, Sassenach,”- he says, reassuring Claire that he will always love her.

It contrasts how other use the term, such as how Loaghaire calls her “a Sassenach witch” in the episode “First Wife” when she learns that Claire is back. It a kind of constant reminder that the term has a negative connotation, even though it has become something much more meaningful for Jamie and Claire, as he uses it to describe Claire as something much more than a foreigner.

In the newest episode, of Outlander, “Uncharted,” Jamie yells out “Sassenach!” when he spots Claire on the beach through his spy glass. It lets us know that it’s the instinctive way he calls her. Moreover, they haven’t been reunited for long and still have much to learn about each other.

After all, they are still Jamie and Claire deep down to their core. And they will always find a way to get together, no matter the situation.

One thought on “Outlander: The Meaning Behind Sassenach”