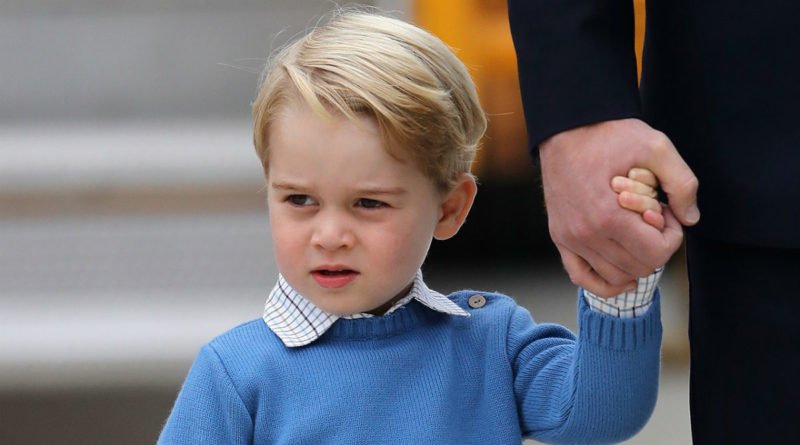 Prince William wasn’t able to make it to parts of Kate Middleton’s birthday celebration as he had to meet with people from the London Air Ambulance. And the Prince didn’t leave empty-handed. The staff, that was overjoyed by his visit didn’t forget about his wife and gave him a sweet homemade birthday card for him to give to his wife when he goes home. But that wasn’t the only thing that they gave him, as they also were given a toy helicopter. Of course, the present wasn’t for him, but for his son Prince George. We are sure that Prince George was very happy with his new toy, as the young Prince is a big fan of helicopters. He said: “I can’t go back without a helicopter for George, I’d be in trouble”, reports the Sunday Times’s royal correspondent Roya Nikkah. Prince William took to the skies of the capital during his visit, after being made the patron of the organisation’s 30th-anniversary campaign. During his short trip, he flew above The Shard and The Gerkin and later the helicopter landed on the roof of the Royal London Hospital, where William watched a training exercise simulating a stabbing incident.  This visit comes only weeks after the Prince had talked about his own experiences as a pilot, in which he revealed that incidents involving kids left him “feeling very sad and very down” which nearly took him “over the edge”.

During his time working as an air ambulance pilot for the East Anglian Air Ambulance, William got to see first-hand the impact they have on the lives of patients with critical injuries. The royal, 36, said that having his own children meant he was deeply affected mentally while out of the job.

In November the Duke of Cambridge made a speech at the inaugural This Can Happen to a conference in London, whose main goal is to shed light on mental health issues in the workplace. Prince William said that he felt particularly lucky to have worked for the RAF and the Air Ambulance because of their good mental health working practices. London’s Air Ambulance, which just celebrated their 30th anniversary this year, delivers an advanced trauma team to critically injured people 365 days a year. Before the organization was formed in 1989, many seriously injured patients lost their lives unnecessarily because the appropriate medical care and professionals would arrive too late. Ever since their inception, it has provided rapid response and cutting-edge medical care, bringing the hospital emergency department straight to the scene of the incident, saving precious time and with that saving the lives of over 10 million people.

During today’s visit, the Duke talked and listened to stories from London’s Air Ambulance pilots, clinicians and paramedics about their experiences of working as first responders, and the challenges they face. The father of three will also learn about all the work the LAA is undertaking in the area of mental health support for their staff. The Duke of Cambridge will then join the staff, patients and their families at a tea party marking  London Air Ambulance’s 30th anniversary. “Through his support, we aim to raise awareness of the life-saving work carried out by us and by air ambulances across the UK.

“Our crew face significant challenges when delivering our rapid response and cutting-edge medical treatments in London.

“Through funds raised in our 30th year, we plan to improve our facilities to ensure we can respond even faster, enhance our training and ensure our crews have the facilities they need for their mental health and wellbeing.”

READ NEXT: 9 Of Meghan’s Most Inspirational Quotes