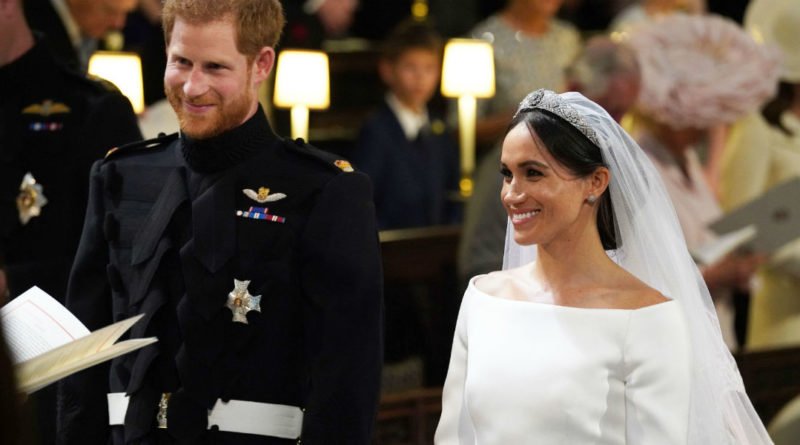 From the first moment they announced they relationship, we all knew that Meghan And Harry wouldn’t be any ordinary royal couple. The Duke and Duchess of Sussex are far from what you might call a traditional royal couple. They have gone through with their romance and they’re nuptial in their own way, which has no regard for the royal traditions of old. From Meghan walking the aisle by herself to Harry donning a wedding ring, Meghan and Harry’s marriage is breaking more traditions than any other royal marriage in the history books.

Just a few days before the wedding, Meghan’s father, Thomas Markle, found himself unable to attend the wedding due to a serious heart condition. This left Meghan with no one to walk her down the aisle.

It not widely known that Meghan had planned all along to walk at least part of the aisle by herself. The plan was, according to some sources at CNN, was for Meghan to let the world to know she could stand on her own. And did she show them indeed?

Traditionally, brides at royal weddings walk the aisle with a father figure at their sides. Meghan is the first in history to pave her own path down the aisle. Amazing! While eagle-eyed royal fans were amazed at the ways in which Prince William and Kate Middleton expressed their affection for each other during their wedding, its still nothing compared to Meghan And Harry. The newlyweds actually went so far as to hold hands(with intertwining fingers, absolute madmen) during the ceremony.

There’s actually no protocol that says royal couples can’t be affectionate, which is great news for Harry and Meghan, who both seem head over heels for each other.

Even though most royal couples exchange vows at Westminster Abbey, which was the place for Kate and William’s wedding back in 2011. But Harry and Meghan choose St. George’s Chapel at Windsor Castle instead, which is a bit more low-key.

In an unexpected plot twist(that’s the point of a plot twist…) Meghan And Harry scheduled their big day on a Saturday. And it was much to the dismay of British citizens, which usually get a day off from work when there is a royal wedding. What **holes. For example, Prince William and Kate had their wedding on a Friday. Way to break tradition guys. Did you know that it’s not customary for a royal groom to wear a wedding ring? Prince Charles certainly didn’t when he married Princess Diana. And Prince William didn’t exchange rings with Kate either. But Harry? Harry has no problems with breaking rules and making new traditions. He proudly wears his wedding ring, which is traditionally made from Welsh gold. But Harry has opted for a platinum ring with a textured finish.

The wedding cake is to be served at the Reception. It was designed by Claire Ptak and features elderflower syrup made at The Queen’s residence in Sandringham from the estate’s own elderflower trees, as well as a light sponge cake uniquely formulated for the couple. #royalwedding pic.twitter.com/kt5lE4tEn9

Usually, whoever is tasked with the task of baking the royal wedding cake must stick to a very special recipe. According to Harper’s Bazaar, fruitcake is the customary cake for a royal affair. It was served at William and Kate’s wedding. But Harry and Meghan, being the rebels they are, decided to have something different: lemon elderflower cake.

Royal weddings most often include speeches from the groom, the father of the bride and the best man, but this time it was different. This time Meghan got a chance to shine. According to royal expert Katie Nicholl, Meghan was the first to stand up and say a few words about the big day:

The first person to get up and speak was Meghan. This was a real breach of tradition. Usually, the bride doesn’t talk. It is, of course, the father of the bride, but seeing there was no Thomas Markle, Meghan decided that she would speak.

She’s a bold one! How can you not admire all that she stands for? And she’s breaking royal traditions to boot!

READ NEXT: Meghan Markle And That Sweet Duchess Life 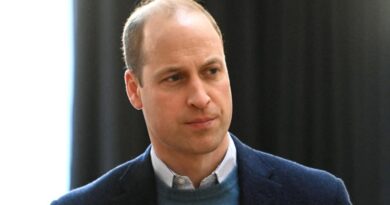 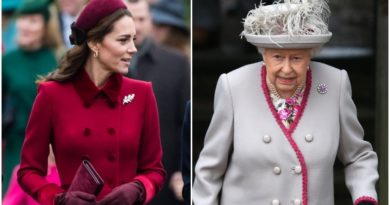 The Queen Received A Very Unusual Christmas Gift From Kate