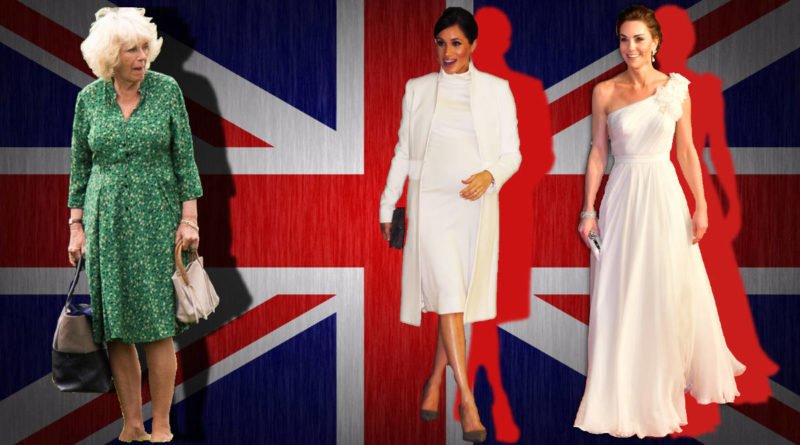 Could Camilla Parker Bowles be the reason why, the Duchess of Sussex, Meghan and Kate, the Duchess of Cambridge aren’t referred to like princesses, according to some royal experts?

Despite the fact that both Meghan Markle and Kate Middleton are married to Prince Harry and Prince William respectively, they have only been given the titles of Duchess of Cambridge and Duchess of Sussex, instead of the expected title of Princess. This topic has been debated amongst royal experts and fans since William and Kate got married in 2011, and Harry and Meghan in 2018. And now we might have the answer, as historian Kate Williams and Royal Contributor Victoria Arbiter claim to have the answer, and it all has to do with the title given to Camilla, Duchess of Cornwall.

In Yahoo UK’s, ‘The Royal Box’, Ms Arbiter said that even though Camilla legally has the title of Princess of Whales, the 71-year-old took the title of Duchess of Cornwall after marrying Prince Charles in 2005. Ms Arbiter told the show that the choice came as a sign of respect for Princess Diana, who died eight years before the wedding.  Ms Williams added: “That’s why it’s Duchess throughout the Royal Family – because Camilla is a Duchess.” She continued: “There has not been an official notification, and Charles has said in a few interviews, he used the word Queen, it’s obviously more Charles’ expectation and wish that she would be queen.

“But at the moment the official line is that she’ll be princess consort.”

Ms Arbiter thinks that Camilla will take on the title of Queen consort when the monarchy is handed over to Charles.

She added: “I don’t think Charles will stand for her being anything less.” Camilla joined the royal family in 2005 when she married Prince Charles at a ceremony in Windsor Castle. Kate married William six years later, on April 29, 2011, and the newest person to join the royal family is Meghan, who just became a royal in May of last year.

READ NEXT: Meghan Could Be Due Sooner Than We Think As George Clooney Drops Huge Hint