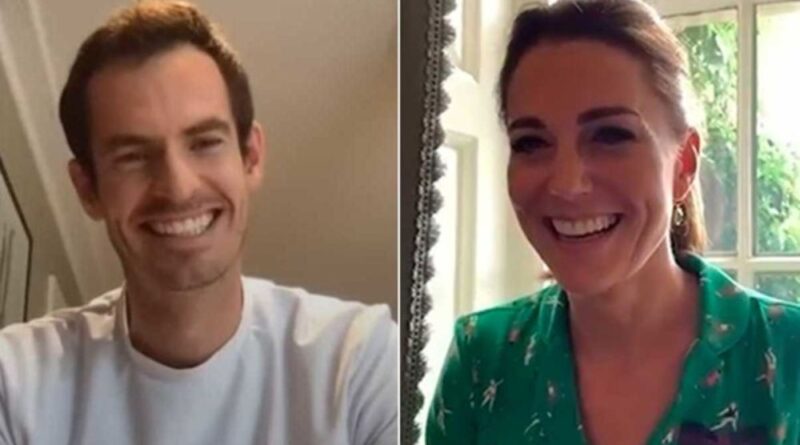 This week, Duchess Kate made a sweet surprise for schoolchildren when she introduced them to Sir Andy Murray. The Duchess and Murray made the call to mark what would have been Wimbledon finals weekend.

Before revealing she had a special guest, Kate quizzed the children on their tennis training.

Kate said: “I’ve got a very important person here that’s going to come and join us, that would love to meet you guys and might be able to share some tennis tips as well with you.

“I’ll give you a few clues and see if you can guess who this special guest might be.

“So he … is a he. He plays tennis for Great Britain. He’s a two-time Olympic champion. He’s a former World Number One… Can you possibly guess who this might be?”

“Andy Murray”, a boy said and the former Wimbledon champion appeared on screen to join the call.

Murray, who would usually have been playing at Wimbledon this week, revealed he was missing big matches, friends and family. However, he has found a new way to stay fit- through cycling.

“The most important thing is to have fun.

“If you’re enjoying it, you get more out of your lessons and your practising. Listen to your coach, that’s very important. That’s the two most important things at your age.”

For the video call, Duchess Kate was dressed in a green dress by HVN that hides a secret message. If you watch closely, you can notice a tennis print on the dress.

Kate also pinned on her bow-tie brooch, an accessory she has worn for years on Wimbledon. It is actually a symbol of her role as patron of the All England Lawn Tennis & Croquet Club. 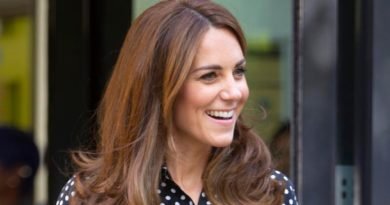