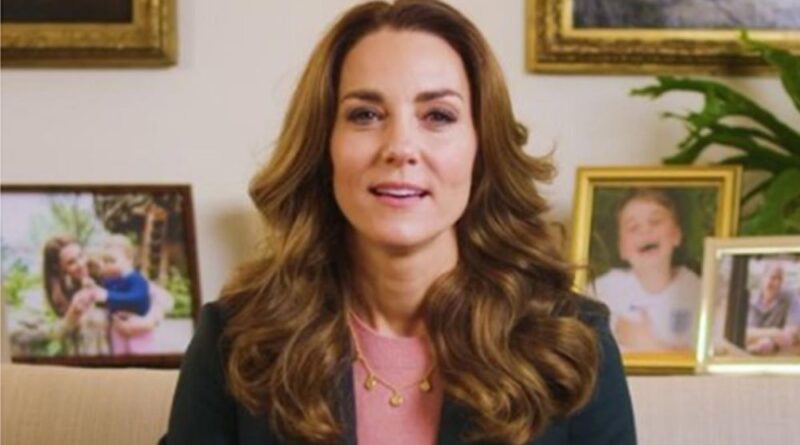 The Duchess Kate family spent all three lockdowns at their country home in Norfolk, Anmer Hall, with the family-of-five only recently returning to London as the two eldest children, Prince George and Princess Charlotte, will be returning to the classrooms.

During the most recent third lockdown, Prince William and Duchess Kate had to adapt once again and try their best to work from home, attending over a dozen online conferences and engagements with organizations and individuals.

The Queen was kind enough to give the royal couple permission to use Sandringham House as a base for their work calls, with the two royals adding personal touches to their call set-up, which included all kinds of details that eagle-eyes found.

The last two catches by fans were never before seen photographs of George, Charlotte and Louis, with the newest catch being in Kate’s most recent video call with Jasmine Harrison, who is the youngest woman to row solo across the Atlantic.

The photograph can be seen on the right-hand side of the console table behind the Duchess, showing Prince George in the middle with his arm around his younger brother Louis. Charlotte is right next to her brothers on their right side.

It is unclear when the photograph was taken, but judging by the clothes they are wearing it might be from George’s seventh birthday last year. If that is the case, the person behind this wonderful photograph is most likely Kate herself, as she has become a sort of an unofficial photographer for her children in the last couple of years.

There are other photographs behind the Duchess as well, but mostly we have seen before. There is one from Prince George and Princess Charlotte on the former’s first day at Thomas’s Battersea, another of Kate with her youngest, Prince Louis, from RHS Chelsea Flower Show in 2019, which Kate was a part of.

Other pictures include a photo of Princess Charlotte’s christening and a solo picture of Prince William during his trip to Africa in September 2018.