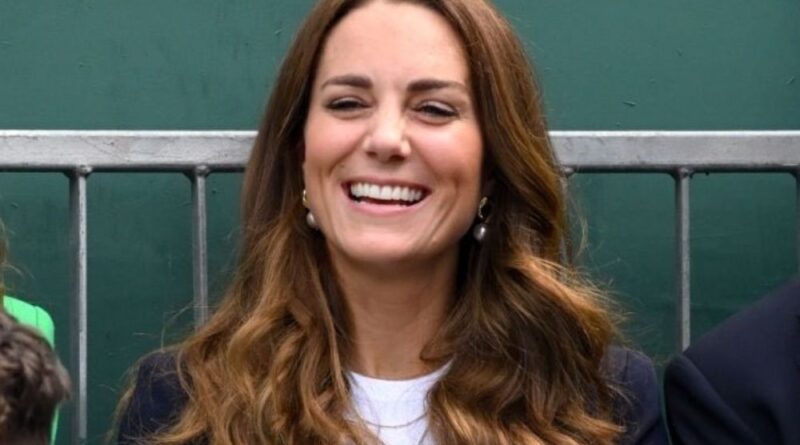 The Duchess of Cambridge is back at one of her favourite sporting events, Wimbledon.

Kate was spotted in attendance at Wimbledon on Friday, but the Duchess wasn’t just there to watch tennis, she spent the morning helping prepare food in the kitchens, highlighting the great work the organizers of the tournament, the All England Lawn Tennis Club, do to create and distribute 200 meals a day to those in need during the pandemic.

But of course missing the game wasn’t an option and Kate joined AELTC chief executive Sally Bolton and committee member, former tennis star Tim Henman, on one of the outer courts to watch a match.

The Duchess is a veteran attendee of Wimbledon and an avid player, she and Prince William have a court at their country home in Norfolk, Anmer Hall .

Kate is also a patron of the All England Lawn Tennis Club and usually watches from the Royal Box, she also viewed some games from Court 14 last time the tournament was held, 2 years ago. Last year we, unfortunately, didn’t get to experience the tournament as it was cancelled due to the global pandemic.

Kate looked absolutely delighted to be back at Wimbledon after the tournament’s cancellation last year.

William and Kate’s Twitter account shared a video of the Duchess’ arrival at the grounds and said: “With the tournament having to be cancelled last year, it’s amazing to see fans and players back inside these iconic grounds.”

The Duchess went to the Wimbledon Lawn Tennis Museum to see some of the exhibits, including a special exhibition commemorating the 100th anniversary of Centre Court.

The Museum, which was dedicated to the game’s history and heritage by the Duke of Kent, President of the AELTC, in 1977, is a homage to the game’s heritage. This year,

In one interactive element of the display, the Duchess demonstrated some of her athletic skill by testing her response time.

She cracked a joke:  “No one told me about this. I should have worn my trousers.”

She scored 24 points in 30 seconds, a world record that is reported to be 56.

READ NEXT: Who Are The Three Children Featured In Princess Diana Statue