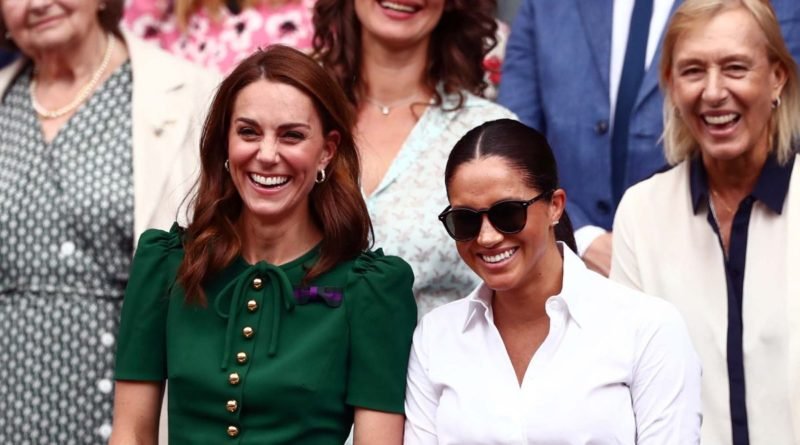 In honour of her memory, and what would have been her 60th birthday, on July 1, Prince William and Prince Harry came together to unveil a statue of Princess Diana, which has been in the works for a number of years.

The royal brothers were joined by Diana’s siblings, Lady Sarah McCorquodale, Lady Jane Fellowes and Earl Spencer. However, notably absent were the Duchess of Cambridge and Meghan Markle.

Meghan remained at the couple’s new home in Santa Barbara, California to look after the couple’s baby daughter, Lilibet Diana, who was born last month.

Whilst it was unlikely Meghan would attend, many expected Kate to be there, but she was not.

A source told Page Six: “Catherine’s absence speaks volumes. I think keeping the numbers down is a perfect ‘excuse’ for Catherine to stay away. William is fed up with the drama and Catherine doesn’t need to be dragged into this”.

Sure that doesn’t mean that Kate won’t be paying her respects though. She, alongside William and their three children, Prince George, Princess Charlotte, and Prince Louis, “are planning a private family visit with their children” at Princess Diana statue and that “private moment is far more important than the public rhetoric.”

Prince William and Prince Harry reunited at Keningont Palace’s Sunken Garden. In a joint tribute, the brothers said: “Today, on what would have been our mother’s 60th birthday, we remember her love, strength and character – qualities that made her a force for good around the world, changing countless lives for the better.

“Every day, we wish she were still with us, and our hope is that this statue will be seen forever as a symbol of her life and her legacy.

“Thank you to Ian Rank-Broadley, Pip Morrison and their teams for their outstanding work, to the friends and donors who helped make this happen, and to all those around the world who keep our mother’s memory alive.”