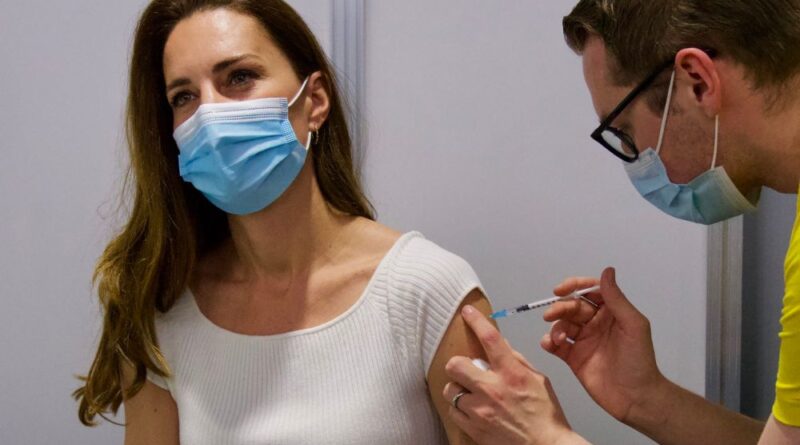 Duchess Kate has received the first dose of the Covid vaccine. Kate was photographed taking the shot at the Science Museum in London. This comes nine days after her husband Prince William took the first dose also.

Kate went in a white t-shirt and blue jeans from what we can see in the picture for her appointment. The Duchess also tweeted on the Cambridges official account: “Yesterday I received my first dose of the COVID-19 vaccine at London’s Science Museum.

“I’m hugely grateful to everyone who is playing a part in the rollout – thank you for everything you are doing.”

Duchess Kate received the first dose of the vaccine now as the vaccine rollout was extended to over 30s this week. It is unclear why the 39-year-old waited until now, as the NHS invited those between 38-39 to get the vaccine on May 12.

There is no official answer on which vaccine she received, but seeing that she is younger than 40, it is either the Pfizer jab or Moderna.

Prince William also took the first dose of the vaccine nine days earlier at the same Science Museum, which is located very near their home in Kensington Palace. Royal fans went crazy over his muscular arms when he rolled up his sleeves.

The Prince already had the virus last year in April, with the Prince only having some “struggles to breathe”, but overall made a quick recovery. Around the same time, Prince Charles and Boris Johnson also had caught the virus.

Prince William’s whole case was kept secret because he didn’t want to alarm the nation, with the public only finding out after he was fine. The reports afterwards were that he was treated by palace doctors, with the royal following the government guidelines by isolating him at the family home Anmer Hall, in Norfolk.

Even with his diagnosis, the Duke managed to carry out 14 telephone and video call engagements during April.

Earlier this year, both William and Kate spoke out against rumours and misinformation about the virus vaccines on social media. The Duke and Duchess of Cambridge talked through a video call with clinically vulnerable women who are shielding.

He said: “Catherine and I are not medical experts by any means but we can wholeheartedly support having vaccinations.

“We’ve spoken to a lot of people about it and the uptake has been amazing so far.

“We’ve got to keep it going so the younger generations also feel that it’s really important for them to have it.”

This last week had been very busy for the couple, as the two had a mini-tour of Scotland, where they get to revisit the place where they first met, the University of St Andrews, where they were both students.

There the couple got some fish and chips from one of their favorite haunts and hosted a special NHS film screening for hero staff.

This trip comes after William was appointed Lord High Commissioner by the Queen.

READ NEXT: William And Kate Met Dog That Resembled Their Late Lupo 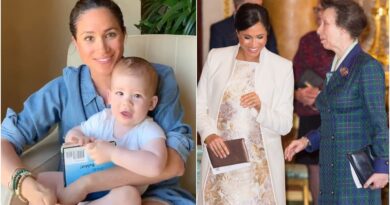