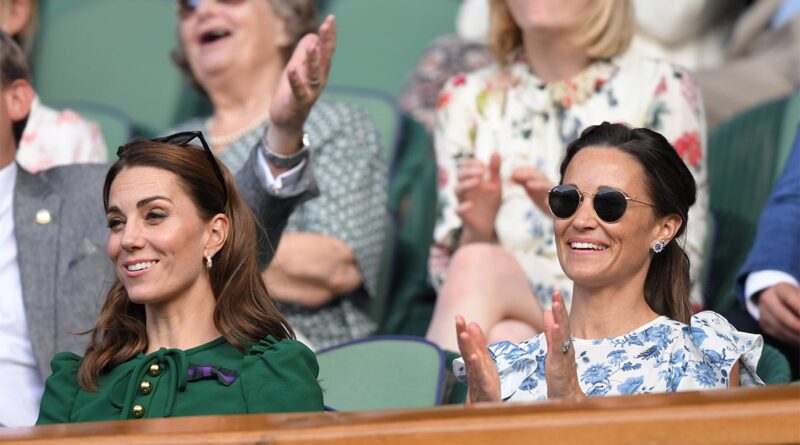 As with the previous two lockdowns, the Duke and Duchess of Cambridge have been spending the UK’s third lockdown at their country home, Anmer Hall, in Norfolk, along with their three children, Prince George, Princess Charlotte and Prince Louis.

However this will soon end as on Monday UK Prime Minister Boris Johnson revealed the plan for the lockdown, and if everything goes as planned we will get to see our friends and family in person very soon.

The plan is that the schools will reopen on March 8th, meaning that Prince William and Kate will have to return to their Kensington Palace home, Apartment 1A, as their two eldest children, Prince George and Princess Charlotte, will finally return to the classrooms at Thomas’s Battersea.

After that date, socially distanced one-on-one meetings with others outdoors will be allowed, giving Duchess Kate the chance to finally reunite with her younger sister Pippa Middleton, who is reportedly pregnant with her second child.

Kate’s sister lives in London with her husband James Matthews and their two-year-old son Arthur.

The measures will continue to loosen up even more from 29 March, when people will be able to meet outside in groups up to a maximum of six people or with one another household, meaning that Prince George, Princess Charlotte and Prince Louis might be able to see their cousin Arthur again.

Duchess Kate and Pippa’s parents, Carole and Michael Middleton have spent each of the lockdowns at their 4.7 million pound Berkshire home, Bucklebury Manor. When the restrictions will allow it, there is no doubt that the grandparents will want to reunite with their entire family, including their son James Middleton and his fiancée Alizee Thevenet.

Back in January, Carole’s business Party Pieces shared a new photo of the their found on Instagram ahead of her 66th birthday.

In the photo we can see Carole in an outfit that looks very much Kate inspired, consisting of a pale blue knit, jeans and brown ankle boots, Carole said: “If like me, your birthday falls during the cold, dark days of winter, your loved ones can still make the day full of surprises.

“Our customers have been transforming their surroundings with our sparkly backdrops and bright balloons for small at-home parties for their household.

“It may not be how we imagined we would be celebrating, but a little effort can still lift the spirits and bring some joy. This year it’s down to my husband to help me mark my day – no pressure!”

Harry Hints His Child Will Take This Record From Louis