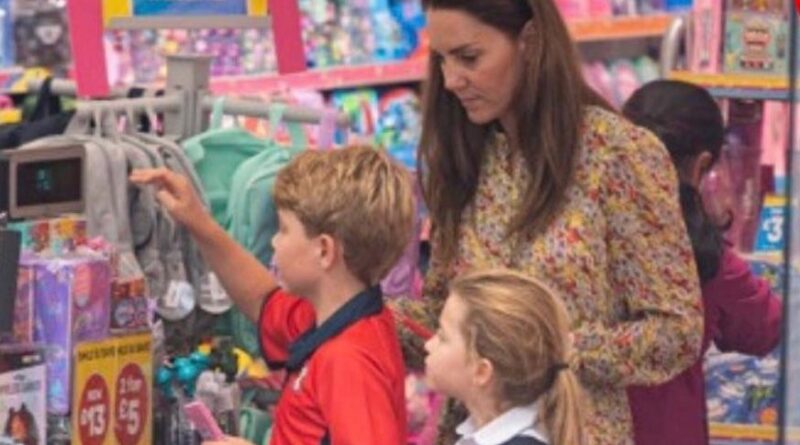 New photos emerged as Duchess Kate has been seen with her eldest children Prince George and Princess Charlotte. The trio was spotted shopping for school supplies.

It is already well known that Prince William and Kate are always trying to make their children live a life as normal as possible. In fact, it was reported that Prince George wanted to pay for the supplies (colored pencils and perfumed erasers for him and for his little sister) with the money of the weekly allowance that William and Kate give him.

As we can see from the photos, it looks like they were taken on their way home after school. Princess Charlotte is still dressed in her school uniform, while Prince George can be seen wearing a red jersey. The Duchess of Cambridge looks beautiful as always in a light yellow, floral dress. She combined it with Dune London Lenore Saddle Trim Toe sandals.

It has been a really long time since we have last seen a member of the Cambridge family so these photos are definitely a pleasant surprise for royal fans. But, slowly, they are returning back to their duties.

At the weekend, the Cambridge family headed to the southeast of France to celebrate her brother James Middleton’s wedding to financial analyst Alizée Thevenet.

Just a couple of hours ago, the Palace announced that the Duchess of Cambridge will carry out her first engagement tomorrow following their summer break.

She will be visiting RAF Brize Norton in Oxfordshire, and there she will be meeting with a number of people who helped in the UK’s evacuation of civilians from Afghanistan. Her visit comes after it emerged that William stepped in to help ensure an Afghan army officer and his family were able to leave Kabul in the exodus. 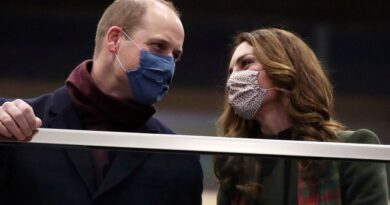