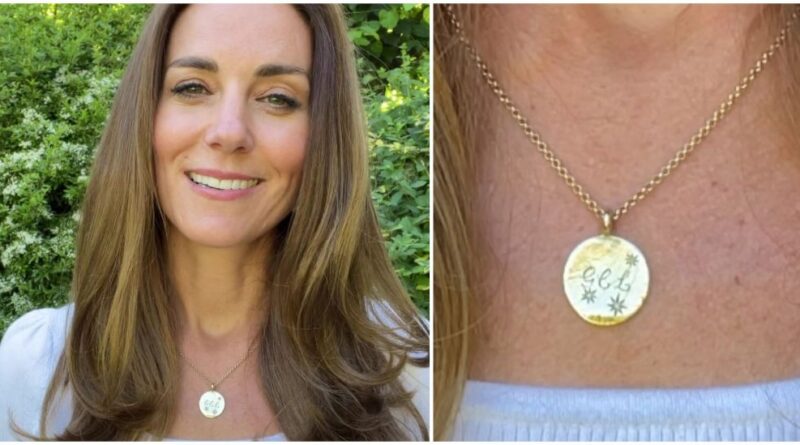 Kate made the announcement of the Royal Foundation Centre for Early Childhood through video, with fans spotting the customized Gold Midnight Moon necklace from Daniella Draper on the royal, which costs around 1,400 pounds. This piece of jewellery features the initials of her three children: Prince George, 7, Princess Charlotte, 6, and Prince Louis, 3.

It seems that wherever she goes Kate Middleton has her children close to her in some way. Fans noticed this sweet detail while the Duchess was announcing a new project for early childhood development.

The necklace made its debut last year, with the Duchess wearing it on her whirlwind 24-hour tour of the UK, which was also, coincidentally, part of her ongoing initiative to support the early development of children.

“The Duchess of Cambridge is an incredible role model – I look up to her as a young woman and a mother,” Draper told PEOPLE. “Seeing her wearing one of my designs was a very proud moment. Everyone in the workshop thinks it’s just amazing. It’s good morale!”

“It’s a piece that I designed with myself in mind,” the designer added. “I wear it every day, as does my mom and sister. It’s becoming one of our best sellers and it can be personalized in so many ways.”

Kate also has other necklaces that honour her children. Last year, fans noticed that she wore a gold necklace that featured three hanging pendants, with the circular charms being etched with “G”, “C” and “L”. Then again during her tour of Scotland last month, Kate sported an Alphabet Necklace by Daniella Draper that featured the first initial of each of her three children.

The Royal Foundation Centre is the next big step in Kate’s crusade for the research, study and improvement of early childhood development, helping both children and parents.

The Duchess of Cambridge said she wants to “raise awareness of why the first five years of life are just so important for our future life outcomes, and what we can do as a society to embrace this golden opportunity to create a happier, more mentally healthy, more nurturing society.”

The centre will be staffed initially with half a dozen people, and their goal will be to promote and commission research, work with the public, private and voluntary sectors to come up with answers and create imaginative campaigns to raise awareness and inspire change.

READ NEXT: Catherine, Duchess of Cambridge Set To Make Difference In Children’s Life With New Milestone 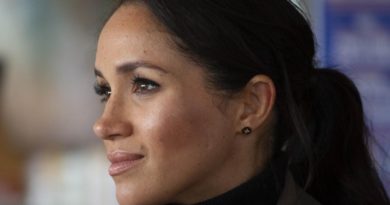 Meghan Is Giving Birth Next Month According To Latest Odds