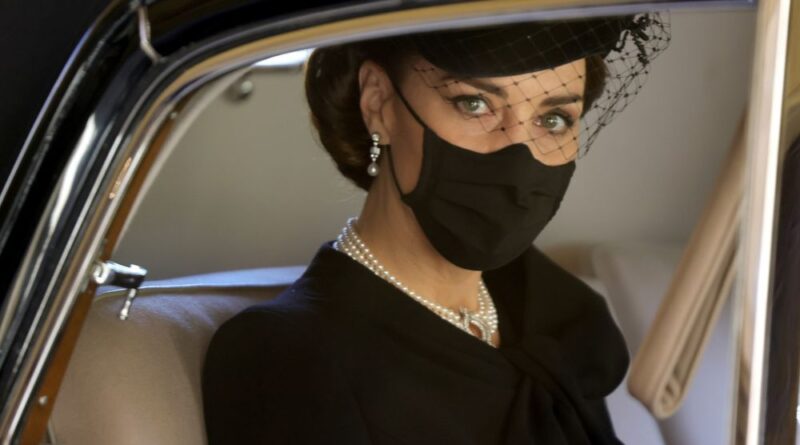 At Prince Philip’s funeral Kate Middleton wore a necklace and a pair of earrings with special ties to Queen Elizabeth and her late husband.

Prince Philip’s funeral was held this Saturday after his death last week on Friday, at the age of 99. For the ceremony at St. George’s Chapel, there were 30 people present, from royal family members to close associates.

Prince William and Kate Middleton were also present at the ceremony, with the Duchess of Cambridge wearing a necklace and a pair of earrings with a special connection to Queen Elizabeth and her husband of 73 years.

The necklace that Kate wore to Prince Philip’s funeral holds some deep significance. The Duchess of Cambridge wore the Queen’s Four Row Japanese Pearl Choker, the same one she wore for the Queen and Duke of Edinburgh’s 70th wedding anniversary party back in 2017. According to Her Majesty’s Jewel Vault, the Queen had previously loaned the same one to Princess Diana for her state visit to the Netherlands in 1982.

Kate paired that necklace with the Queen’s Bahrain Pearl Earrings, made from pearls gifted to the Queen on the event of her wedding to Prince Philip. The earrings feature a large round diamond with a smaller circle diamond hanging below it. Three baguette diamonds hang from there, with three more small diamonds making way to the dangling pearl.

Kate has worn their important earrings on multiple occasions in the past, such as the time at Remembrance Day service in 2016, with the monarch only wearing the same pair at the same event the year before.

With her husband taking his place in the procession, the Duchess of Cambridge took her place alongside the other guests attending the ceremony for the Duke of Edinburgh. Only 30 people were allowed to attend, due to the restrictions in place from the government for the global health crisis.

All guests present had to respect the social distancing measures and wear a cloth on their faces, all according to the rules set.

After the hour-long ceremony, Prince William and Kate had the chance to catch up with Prince Harry, the first time after he moved to the US, as the trio walked together from the church to Windsor Castle.

After his death, last Friday, lots of royal family members shared all kinds of tributes to the late Prince, with the Duke and Duchess of Cambridge sharing a never before seen photograph of the Duke of Edinburgh-of him and his great-grandchild Prince George, Kate and William’s first child, back from 2015.

“I will always be grateful that my wife had so many years to get to know my grandfather and for the kindness he showed her,” William said.

Kate and Prince Philip had a special connection, with her meeting him way before she met her husband, Prince William, at a youth development program founded by Prince Philip, during her time at Marlborough College.

“The Duke of Edinburgh’s Award is such a great way for young people to grow in confidence, learn new skills, work as part of a team and have great fun along the way,” she later said. “While getting my Gold Award was challenging at times, it is one of my most memorable experiences from growing up, and I could not recommend it more highly.”

READ NEXT: The Queen Left Heartbreaking Note For Prince Philip On His Coffin 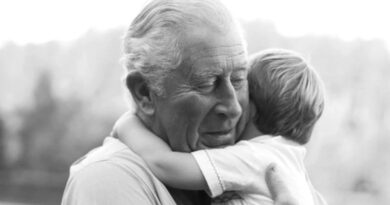 The Sweet Story Behind The Photo Of Prince Charles Hugging Louis 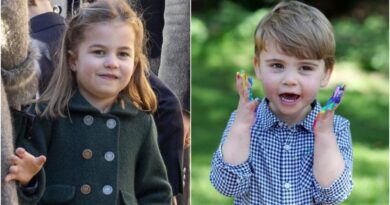