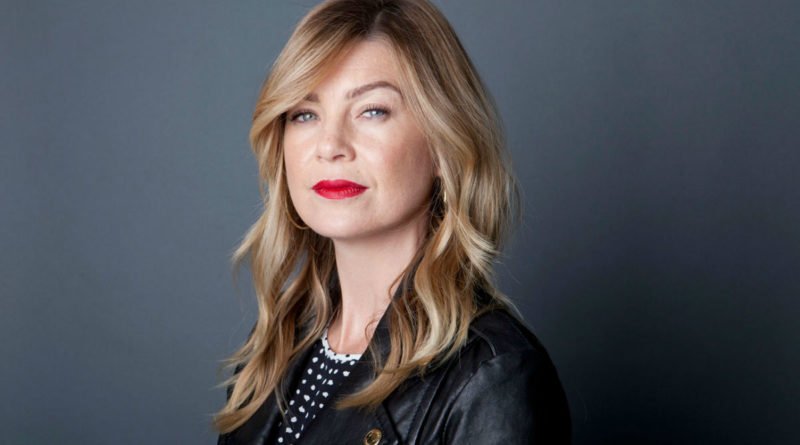 Ellen Pompeo is talking about her salary in Grey’s Anatomy and how she wants to inspire other women to rise up against the wage gap.

According to THR, after 14 seasons, Pompeo just signed a deal in late 2017 that will make her the highest-earning actress on a TV drama, earning $575,000 per episode (she films 24 in one year), plus a seven-figure signing bonus and two full backend equity points in the series, she is estimated to bring another $6 million to $7 million. She will also be getting a producing fee, plus backend on this springs brand new Grey’s spinoff.

So how did she manage to negotiate such a great deal? According to Pompeo, Patrick Dempsey’s departure from the show in 2015 “was a defining moment, deal-wise.”

“They could always use him as leverage against me — ‘We don’t need you; we have Patrick’ — which they did for years,” she says. “I don’t know if they also did that to him because he and I never discussed our deals. There were many times where I reached out about joining together to negotiate, but he was never interested in that.”

“At one point, I asked for $5,000 more than him just on principle, because the show is Grey’s Anatomy and I’m Meredith Grey. They wouldn’t give it to me,” she continues. “And I could have walked away, so why didn’t I? It’s my show; I’m the number one. I’m sure I felt what a lot of these other actresses feel: Why should I walk away from a great part because of a guy? You feel conflicted but then you figure, ‘I’m not going to let a guy drive me out of my own house.’ ”

While looking back on Dempsey’s exit, Pompeo says that at first, she had a “nice chuckle” about the “rating spike.”

“But the truth is, the ink wasn’t even dry on his exit papers before they rushed in a new guy,” she recalls. “I was on vacation in Sicily, decompressing — it was a long working relationship and it was a tumultuous end and I needed a moment to just chill with some rosé — and they’re calling me, going, ‘What do you think of this guy?’ ‘What do you think of this guy?’ They’re sending pictures.”

“I was like, ‘Are you people f—ing nuts? Why do you feel that you have to replace this person?’ ” she says. “I couldn’t believe how fast the studio and the network felt like they had to get a penis in there. We brought in Martin Henderson, but they didn’t love the storyline, so that ended.”

According to Pompeo, Shonda Rhimes, the creator of the series is the one who “empowered” her to know her worth and assert herself.

“What happened is that I went to Shonda and I said, ‘If you’re moving on to Netflix and you want the show to go down, I’m cool with that. But if you want it to continue, I need to be incentivized. I need to feel empowered and to feel ownership of this show,’ ” says Pompeo. “And she was like, ‘I absolutely want to keep the show going. It’s the mothership, so let’s find a way to make you happy. What do you want?’ ”

“In Shonda finding her power and becoming more comfortable with her power, she has empowered me,” she says. “And that took her a while to get to, too. It was part of her evolution. It’s also why our relationship is so special. I was always loyal to her, and she responds well to loyalty.”

“So, she got to a place where she was so empowered that she was generous with her power,” she continues. “Now, what did that look like? It looked like her letting me be the highest-paid woman on television, letting me be a producer on this show, letting me be a co-executive producer on the spinoff and signing off on the deal that the studio gave me, which is unprecedented.”

Grey’s Anatomy star, Pompeo says she relied on Rhimes, 48, during much of the negotiations.

“Maybe it’s my Irish Catholic upbringing, but you never want to [be perceived as] too greedy,” she says. “Or maybe it’s just that as women, that’s our problem; a guy wouldn’t have any problem asking for $600,000 an episode. And as women, we’re like, ‘Oh, can I ask for that? Is that OK?’ I’d call Shonda and say, ‘Am I being greedy?” But CAA compiled a list of stats for me, and Grey’s has generated nearly $3 billion for Disney. When your face and your voice have been part of something that’s generated $3 billion for one of the biggest corporations in the world, you start to feel like, ‘OK, maybe I do deserve a piece of this.’ ”

“I’m 48 now, so I’ve finally gotten to the place where I’m OK asking for what I deserve, which is something that comes only with age,” she adds. “Because I’m not the most ‘relevant’ actress out there. I know that’s the industry perception because I’ve been this character for 14 years. But the truth is, anybody can be good on a show season one and two. Can you be good 14 years later? Now, that’s a fine’ skill.”