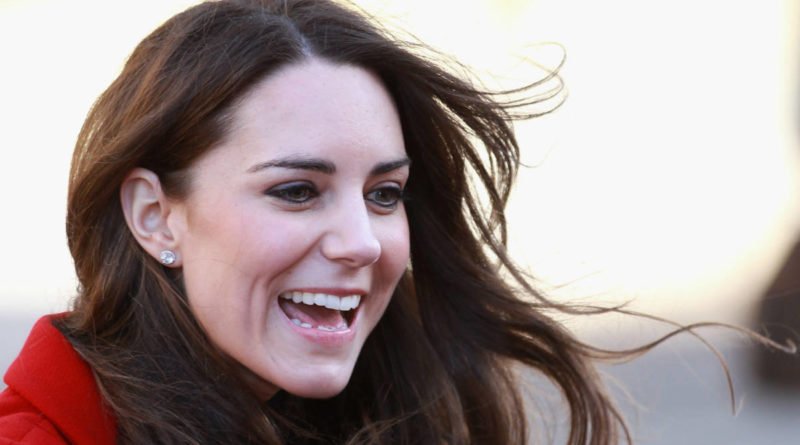 Kate Middleton is definitely not some kind of a regular duchess. Considering that she grew up in a different environment that the royal family, she gave a unique turn on the ‘duchess title’.

We give you some examples of when she has broken a royal rule or two.

Kate Flies With Her Family Apparently, the Royals have a rule that their family shouldn’t fly together. Vogue reveals: “The Crown prefers that heirs to the throne don’t fly together, in case of a fatal crash that would destroy their lineage. Grim, but not unusual.” Still, the Duchess of Cambridge will rather fly with her husband and their children.

Kate Middleton and William broke this rule for the first time when they traveled to Australia and New Zealand in 2013 with the newborn George. According to the royal protocol, George and Prince William shouldn’t fly together.However, they decided to break the rule and have been traveling together ever since.

Also, the White House has a similar protocol. According to it, the vice president and the president never fly together.

She Prefers To Celebrate Christmas At Home The royal family has a tradition to spend this holiday at Sandringham House. However, the Duchess prefers to spend Christmas at their home with her family. Last year, she even invited her parents and siblings to celebrate together at Anmer Hall.

When Kate Will Become A Queen, She Will Be The First One With A College Degree When Kate and William met in 2001, they were both students at University of St. Andrews in Fife, Scotland. Both of them graduated in 2005. William got a master’s degree in geography and Kate with a master’s degree (with honors) in art history.

That is making her the UK’s first royal bride with a university degree. If the Duchess ever becomes queen, she will also be the first ever to have attended college.

She Is The Family Photographer Having in mind that Kate and her family don’t like the attention from the paparazzi and want to keep things private, they’re quite picky about who takes their photos. One more time Kate is breaking the royal tradition because she usually takes the photos of her family.

Woman’s Own shares: “She is often the photographer behind some of the sweetest snaps to be released of Prince George and Princess Charlotte.”

Kate Middleton And Her Choice For Casual Fashion The members of the royal family usually wear designer fashion. However, Kate from time to time knows to shop from stores like the Gap.

And you can also see her wearing some piece of clothes twice. Moreover, she doesn’t care whether the queen likes her fashion choice. She was earlier given advice not to wear wedges because the Queen doesn’t fancy them. However, you can still notice her sometimes wearing a wedge heel.

The members of the royal family have many engagements. They are so busy they usually hire nannies to take care of the children. But, Kate is not one of them. Even though she has a pretty busy schedule, she always finds time for George and Charlotte.

Yes, they have nanny Maria to help them. But, the Duchess still drops George off at school and runs errands around town, among other ‘normal’ mom activities.

Kate’s Dress Above The Knee

According to Queen Elizabeth II’s rule, the outfits of the females in the family must be below the knee. Still, Kate Middleton opted for a light blue Catherine Walker coat-dress that was slightly above the knee for the queen’s 90th birthday celebration. We still don’t know whether it’s a miscommunication of the rule or else. Anyway, she looked stunning.

There Are Traditions That They Still Keep-Alive

Even though that Kate and William go Against Royal they do adhere to a few royal traditions. For example, they respect the unwritten rule about that a royal couple doesn’t hold hands when in public. Queen Elizabeth II and Prince Philip have also maintained this tradition.

We all know that Princess Diana was a rule-breaker. First, she gave birth to William and Harry in hospital, not at home. Then she used to put them in disposable diapers instead of cloth ones. Also, Prince Charles knows to break a rule. In 2010 signed an autograph even though it is against the rules.

Well, they already break the hand-holding tradition. But what do you think?

Royal Duo: Meghan Markle And The Queen To Spend More Time Together

One thought on “Every Time Kate Middleton Broke A Royal Rule”