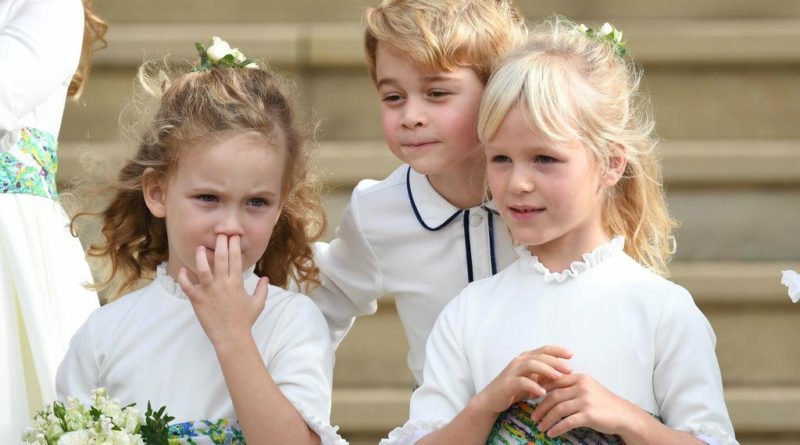 Even though yesterday’s wedding ceremony was all about Eugenie and Jack, the little royals completely stole the show! AGAIN!

Princess Eugenie married Jack Brooksbank on October 12 in a beautiful and touching ceremony.

The couple had the sweetest page boys and bridesmaids. Among them was Prince George who is usually shy at this kind of events. But, as the kids were walking behind the newlyweds, George was seen mouthing the words to God Save the Queen.

It seems that George had a wonderful time at the wedding! He and cousin Savannah were up to their playful ways again.

Savannah was noticed was seen pulling faces and mimicking the trumpets, making George laugh. When he was caught being mischievous this time, George covered his own mouth as he realized the cameras were on him.

This is not the first time for the duo getting silly at royal events. In June, while watching the Trooping the Colour festivities at the famous balcony at Buckingham Palace Savannah was not impressed with George’s endless chatter and placed her hand over his mouth to keep him quiet. Silly kids!

This was George’s third time acting as pageboy this year. Last month, he and Charlotte joined their parents, William, and Catherine at the wedding of Sophie Carter, Kate’s close friend.

And of course, in May, George was pageboy for the first time in 2018 at his uncle Prince Harry’s wedding to Meghan. Princess Charlotte, George’s younger sister, served as a bridesmaid at the wedding and charmed everyone with her own adorable antics.

READ NEXT: Charlotte Blew A Kiss As She And George Arrived At Princess Eugenie’s Wedding