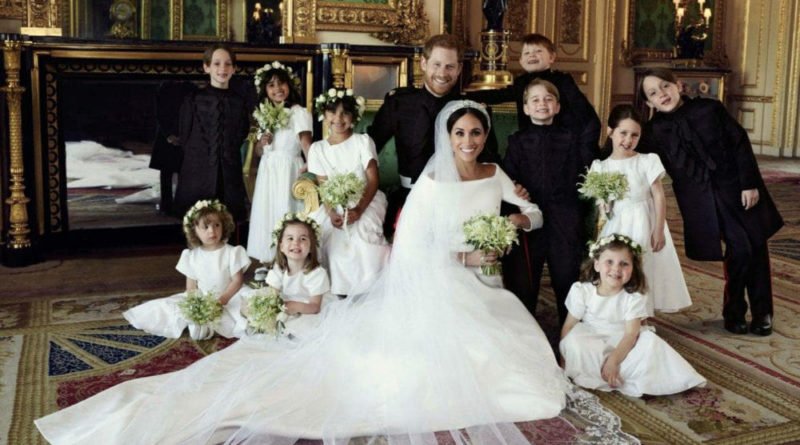 After getting married to Prince Harry in May, Meghan Markle became the aunt of three wonderful children. Of course, we are talking about Prince William’s kids, Prince George, 5, Princess Charlotte, 3, and Prince Louis who joined the royal family just a couple of days before Meghan did.

Meghan Markle, now the Duchess of Sussex, is a former actress and the newest addition to the royal family. She and Prince Harry are aunt and uncle to the children of their in-laws, Prince William and Kate Middleton. And it seems that Meghan has become a favorite among her nephews. But exactly how did she manage to do that in such a small time period?

And we think that we found out the clever tactic the Duchess of Sussex used to win over the young royals. And we got that information from an interview she did earlier this year, just before she married Harry. We believe that Meghan used her amazing cooking skills to impress the young royals.

“An avid cook, Meghan often pops around to visit with Kate and the kids dropping off treats,” a source told ET in March this year.

Since then, the Duchess of Sussex has been photographed alongside Prince George and Princess Charlotte on numerous occasions, she even has been seen with the youngest of the three, Prince Louis. She posed alongside Prince Harry and the rest of the royal family for a photograph on the day of Prince Louis’ christening in July.

Meghan’s passion for food and cooking is well known. Even from the days of her now-deleted website, The Tig-which is named after her favorite red wine-she would often write about her favorite dishes and recipes.

She might even one day teach her niece and nephew how to cook, as she already has experience with working with young cooks. Back in 2016, the same year the couple met, Meghan was invited to be a judge on a US reality cooking show for children called Chopped Junior.

READ NEXT: What Princess Diana Said To Prince William In The Car On His First Day At School