One royal tradition that has been in the Royal Family for hundreds of years has started to look slightly out of place in this 21st-century world. And that is the fact that Prince William and Kate Middleton do not actually have the full legal custody of their three children Prince George, Princess Charlotte and Prince Louis. This is due to an agreement that the royal family has with the Queen, in which she is granted full legal custody overall minor royals. Royal expert Marlene Koenig is here to explain this odd rule.

She said: “The sovereign has legal custody of the minor grandchildren.

“Legislation passed during the reign of George I. It was known as The Grand Opinion for the Prerogative Concerning the Royal Family and it was about the King’s control over the education, the raising and the marriage of his grandchildren.

“He did it because he had a very poor relationship with his son, the future King George II, so they had this law passed that meant the King was the guardian of his grandchildren.”

The law dates back more than 300 years to 1717, a time when the monarch’s “right of supervision extended to his grandchildren and this right of right belongs to His Majesty, King of the Realm, even during their father’s lifetime”. The Queen also had full custody of Prince William and Prince Harry when the two were minors.

This weird rule first came to light when Prince Charles and Princess Diana got divorced in 1996.

In the couple’s divorce agreement there was absolutely no mention of the custody arrangements for the children, even though such arrangements were being made. This was due to the fact that neither parent had full custody, instead, this belonged to the Queen. This meant that if Charles or Diana wanted to do something with their kids, such as go on vacation, they first had to get permission from the Queen.

Marlene confirmed that this rule still exists to this day and “technically” the parents need the Queen’s permission to take their children out of the country. She also added that the Queen does not use this power, as she respects the wishes of the parents. She doesn’t want to interfere with their parenting and way of life.

READ NEXT: Fun Aunt Meghan: How She Won George And Charlotte Over? 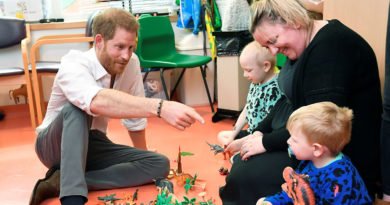 Prince William And Kate Reunite With The Queen For Special Event