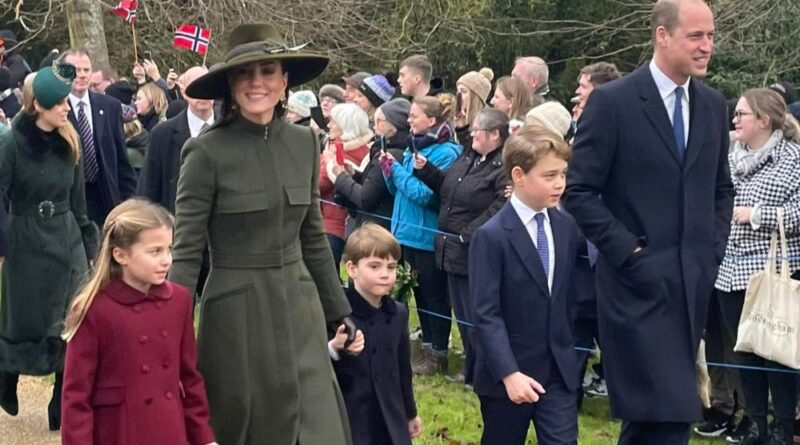 Merry Christmas from the Waleses!
At Sandringham, large crowds have gathered as the Royal Family celebrates its first Christmas without the Queen.
King Charles and Queen Consort Camilla have led the royals on their traditional Christmas morning to church.
Prince William and Kate, joined by their three children, Prince George, Princess Charlotte and Prince Louis have stepped out on Christmas morning to attend a service at St. Mary Magdalene Church on Sandringham estate.

Today marks Prince Louis first Christmas walk, after their siblings George and Charlotte made their debut in 2019. The young prince was well-behaved as he beamed, greeting well-wishers as the family made their way into the church.

While George looked dapper in a navy suit, Louis matched him also in navy outfit too. Charlotte was dressed in a maroon coat with a sweet rounded collar, navy tights, apparently it is the same one she wore at Together At Christmas.

Kate, who looked chic also in green, held tightly on to little Louis’ hand with William walking alongside eldest son George, with independent Charlotte walking in the middle.

A surprise appearance at the church was Prince Andrew, who was seen alongside his youngest daughter Princess Eugenie and her husband Jack Brooksbank.

Zara and her husband Mike Tindall, alongside Princess Beatrice, Edo and Wolfie also joined the family.

The Earl and Countess of Wessex along with their daughter, Lady Louise Windsor, 19, and 15-year-old James, Viscount Severn, also joined the King in Norfolk for Christmas.

Earlier in the day, William and Kate shared a personal message and wished everyone a Merry Christmas. Along with the message, the couple released an unseen hand-painted Christmas card by Prince George.

The card of the nine-year-old prince portrays a reindeer with snow on its nose and two small robins sitting on its antlers and back. 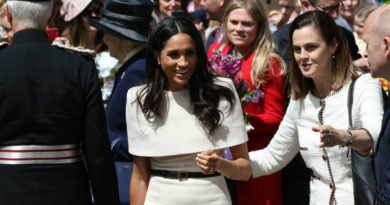 How Is It Like Being Married To Prince Harry: Meghan Markle Reveals