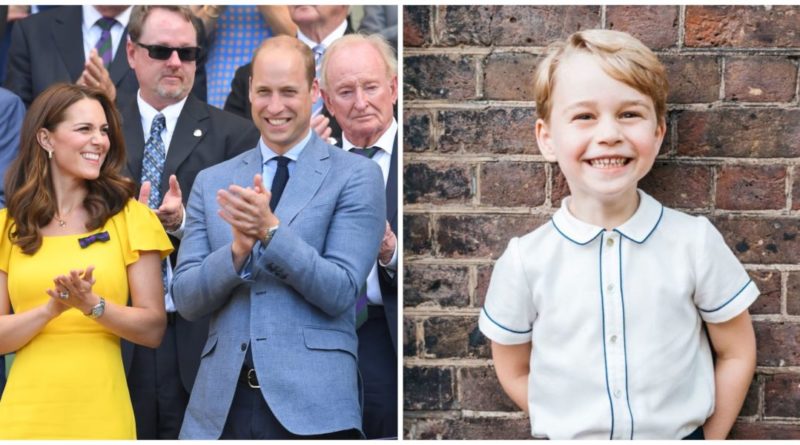 Prince George showed how helpful he can be when unpacking at the Waitrose shop, and reportedly is always enthusiastic when helping Kate or his father Prince William.

Prince William and Kate Middleton have always tried to provide their children with a ‘normal’ upbringing as much as they can. Prince George, Princess Charlotte and even Prince Louis are reportedly very helpful to their mom and dad at home, and it seems that the oldest Prince George has a very important job.

The staff at Waitrose were treated to a sweet surprise as they saw little George help come and help them unpack the food shop. He greets the van with his dad Prince William and between them, they carry everything inside themselves, which apparently doesn’t happen often.

A source told the Sun: “So the Waitrose delivery staff were surprised and delighted to be greeted regularly by Prince William and Prince George.

“George is always particularly helpful and is the one who asks each time what he can carry for them. He is a very inquisitive child.

“They give him lighter bags. It shows how down-to-earth William is and that he wants his son to grow up being polite and helpful to others.”

The family often goes to Norfolk, especially when the kids are on school breaks, leaving behind the busy and bustling with royals Kensington Palace.

The family were there last week as Prince George and Princess Charlotte were on half term. This isn’t the first time the royal has been seen shopping at Waitrose over the years, with Kate being seen going to other local stores as well, such as The Range.

The Duke and Duchess of Cambridge should enjoy their break while they can, as there is a busy week ahead of them. The President of the USA, Donald Trump will be making his visit to the UK, where he will meet with the Queen, Prince Charles, Camilla and some of the younger royals.

On Saturday the royal also has an important engagement, with the annual Trooping of the Color, and it is very likely that we will see George, Charlotte and Louis on the Buckingham Palace balcony.

READ NEXT: The Special Reason Why Harry And Meghan Shared A Photo Of Diana

George Has Picked Up This Naughty Christmas Habit From Dad William