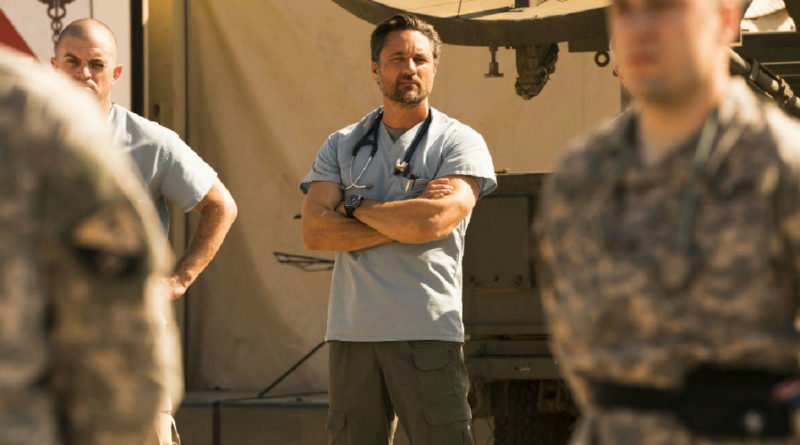 Grey’s Anatomy apparently has some shocking news. It seems as two of the series regulars have left the ABC primetime series. According to Entertainment Weekly, Martin Henderson who plays Nathan Riggs and Abigail Spencer who plays Megan Hunt will no longer be on the show.

The executive producer of the show, Shonda Rhimes said she feels excited that they gave Riggs a happy ending. Shonda also affirmed that Martin won’t be part of the show anymore. However, that does not mean that she and Martin will no longer be friends. She even teased that he might appear on another show.

“Dead Zone,” Thursday’s episode, featured flashbacks to Megan, Riggs and Owen’s days in the army. At last it was revealed to us the whole story about how Megan was abducted and disclosed. And why Megan forgave Nathan so easily for cheating. And we were pretty shocked by Grey’s Anatomy when they showed that Megan was actually the one who cheated first on Nathan, which explains Nathans motives. She knew he loved her and wanted a life with her. Megan told Owen that he hated Nathan all those years for nothing because he is a great man. And deep down, Owen knew she was right.

The time for Spencer and Henderson’s exit though seems a bit strange. It seemed as if the show was setting up a love triangle between Meredith-Nathan-Megan. Now with this happening the question we all have is, what about Meredith? Will we get a replacement for Nathan? Possibly someone to take her mind of him?

Firstly, Meredith made a confession she was jealous of Nathan. He got a second chance with Megan, his first great love. That’s a chance a Meredith will never have. Her great love Derek(Patrick Dempsey) is gone and will never come back. She advised Nathan not to miss out on a chance like this and it seems like he has taken her advice.

Another surprise we got this Thursday, October 26 is the sudden break up of Owen and Amelia Shepherd(Caterina Scorsone). They showed her giving back her wedding ring and they both agreed that this wasn’t working out. It was a bittersweet scene.

What do you think is next for Meredith and Amelia? Will either one of them ever find love?