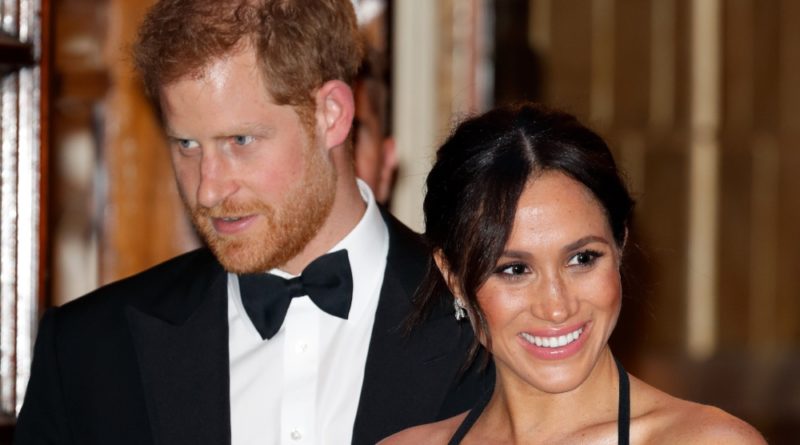 Prince Harry and wife Meghan are in for a fun night out. The couple will attend attend the premiere performance of Cirque du Soleil’s Totem at the Royal Albert Hall on Wednesday.

Kensington Palace confirmed the news, sharing: “The Duke and Duchess of Sussex will attend the premiere of @Cirque du Soleil’s Totem in support of @Sentebale, at the @RoyalAlbertHall on Wednesday 16th January.

“The evening will raise awareness and funds for Sentebale’s work with children and young people affected by HIV.” Harry and Meghan will watch the talented cast perform a number of impressive acrobatic displays and stunts.

The event will be in aid of Harry’s charity Sentebale. It works to helps youngsters affected by HIV in southern Africa.

The event is the second in a series of fundraising events for Sentebale the first of which saw the couple attend a charity performance of Hamilton at Victoria Palace Theatre in August 2018.

Harry founded Sentebale with Prince Seeiso in 2006 after spending his gap year in Lesotho in 2004.

The men founded Sentebale in memory of their mothers. The name of the charity means forget-me-not, which Harry later found out was his mother Diana, Princess of Wales’s favourite flower growing up.

But, Harry and Meghan are not the first members of the Royal family to watch one of the shows. Kate celebrated her 31st birthday with a trip to Cirque du Soleil joined by a group of friends. Husband William and her family were also there. Daniel Lamarre, CEO of Cirque du Soleil, the world’s largest entertainment company, said: “Since our very beginnings, we have always been determined to engage responsibly in the communities that we visit throughout the world. We strive to make a difference in the lives of youths and encourage them to change the world.

“It is because both our organisations share these very values that we will proudly dedicate our TOTEM premiere to the ‘Sentebale Nights’, a perfect way to allow us to raise significant funds and awareness together”.

READ NEXT: Meghan Just Wore A Fashion Item No Other Royal Has Stepped Out In