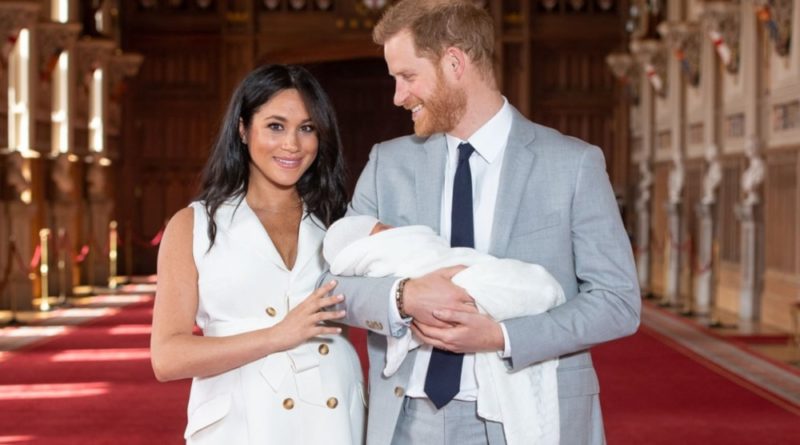 Prince Harry and Meghan introduced their newborn son to the world today! And they appeared to be on cloud nine!

The family of three gathered at Windsor Castle, near their new home, and posed for the baby’s first press photos.

Wearing a white sleeveless dress by Givenchy, Meghan was glowing as she stood next to her husband, who held their newborn son in his arms. “I have the two best guys in the world so I’m really happy.” She added: “He has the sweetest temperament, he’s really calm.”

Harry then teased her: “I don’t know where he gets that from!”

Meghan then said: “He’s just been the dream so it’s been a special couple of days.”

The Duke remarked: “It’s great, parenting’s amazing, it’s only been two and a half, three days, we’re just so thrilled to have our own little bundle of joy. We’re looking forward to spending someone special time with him as he slowly starts to grow up.” Asked who the baby takes after, Harry said: “Everyone says babies change so much over two weeks. We’re basically monitoring how the changing process happens over this next month, really. His looks are changing every single day, so who knows?”

Baby Sussex is Queen Elizabeth and Prince Philip’s eighth great-grandchild. They are the first members of the royal family to meet Harry and Meghan’s son.

“It’ll be a nice moment to introduce the baby to more family,” Meghan said of baby’s introduction to the royals. “And my mom is with us as well, so it’s been really, really fun.” “We just bumped into the Duke as we were walking by which was so nice,” Meghan said. “It will be a nice moment to introduce the baby to more family. And my mom is with us as well.”

When the reporter asked to take a peek at the baby, Harry joked: “There’s a little bit of facial hair as well. Wonderful.” Meghan then said: “Thank you everyone for all the well wishes and the kindness. It means so much.”

Harry and Meghan’s baby boy was born at 5.26am on Monday and weighed 7lbs 3oz. New details about baby Sussex are yet to be announced soon.

Introducing baby Sussex! Meghan Markle and Prince Harry have given the world a first look at their newborn son. ❤️ https://t.co/di4s0Q8USZ

The couple opted to skip the royal tradition of debuting their baby on the steps of the Lindo Wing at St. Mary’s Hospital in London.

READ NEXT: The Difference Betwen Harry And William’s Baby Announcements 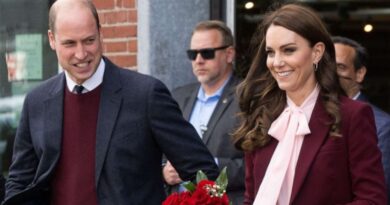