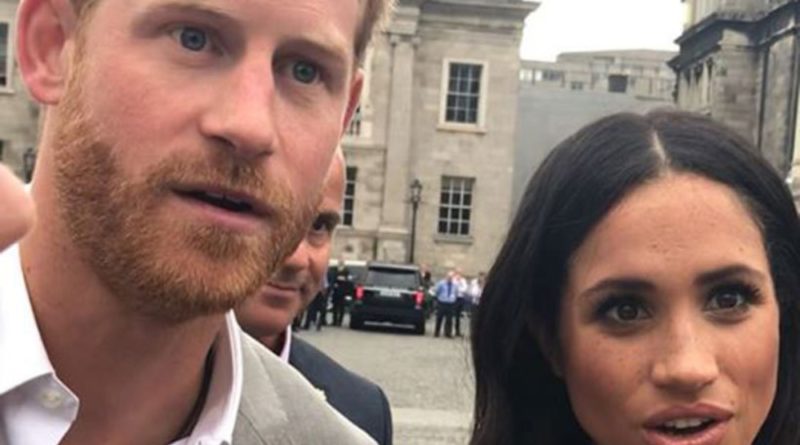 Harry and Meghan were thrilled to have received a framed gift from a member of the crowd during their visit to Trinity College Dublin, as part of their first overseas royal visit to Ireland.

On their two-day royal visit to Dublin, Ireland, they spent more than 20 minutes greeting fans on their stop to Trinity College. And as the couple worked the crowds, there were loud cheers for both of them.

They received many gifts, flowers. However, one of them it almost made them speechless.

Harry and Meghan received a framed sketch of their official engagement photograph, done by Chloe Mullins.

Ya girls artwork going in Kensington Palace? Delighted to have gotten to talk to them and have them keep my drawing? they’re genuinely so nice!!!❤️

Chloe, who is a 19-year-old student, posted on Instagram pictures from their meet-and-greet.

She wrote on Instagram: “Ya girls artwork going in Kensington Palace. Delighted to have gotten to talk to them and have them keep my drawing. They’re genuinely so nice!!!”

About their conversation, Chloe said via the Irish Examiner: “Harry said ‘You’ve given me more hair’.

Meghan came over and he said ‘Look at this, what do you think of it?’ She said wow too and thanked me for it.”

The royal fan then took to social media to add: “Still not over meeting them… couldn’t ask for a better compliment than Meghan saying my drawing ‘looked like a photo’ and was ‘so special’. Great day!”

Still not over meeting them… couldn’t ask for a better compliment than Meghan saying my drawing “looked like a photo” and was “so special” ❤️❤️ Great day! #royalvisit #drawing #royalfamily #meghanandharry

Royal photographer Alexi Lubomirski took the couple’s engagement shoot, at Frogmore House in Windsor. He also took the intimate photographs of them, moments after their wedding.

The Duke and Duchess of Sussex returned to London on Wednesday evening. They flew to Ireland on Tuesday, a day after Louis’ christening. They started their visit at the offices of the prime minister of Ireland. Then they attended a garden party at the residence of the British Ambassador to Ireland.

The next day, they met the president of Ireland and goofed around with children at Croke Park before visiting a series of cultural monuments, including the Book of Kells at Trinity College, the Irish Famine Memorial and EPIC Museum of Irish emigration.

Harry and Meghan will go on their first official royal tour this fall to Australia, Fiji, the Kingdom of Tonga and New Zealand.

READ NEXT: Meghan And Kate Will Unite At Wimbledon Ladies Final 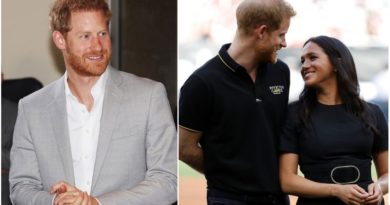