And they are breathtaking!

Proud parents, William and Kate, chose Matt Holyoak, one of the world’s leading portrait photographers, to take the photos. They were taken in the Morning Room at Clarence House. Little Louis is pictured with his mother and father, William and Kate, as well as big brother George and sister Charlotte.

The Duke and Duchess of Cambridge have released four official photographs to mark the christening of Prince Louis on Monday 9th July. The photographs were taken by Matt Holyoak at Clarence House, following Prince Louis’s baptism in the Chapel Royal, St. James’s Palace.

Kensington Palace released 4 photos. The first photo features Will, Kate and their three children along with Harry and Meghan, Prince Charles and Camilla, Duchess of Cornwall and Kate’s family: Carole and Michael Middleton, James Middleton, Pippa Middleton and her husband, James Matthews.

The second photo includes only members of the royal family.

The Duke and Duchess of Cambridge with Members of @TheRoyalFamily. This photograph was taken by Matt Holyoak in the Morning Room at Clarence House, following Prince Louis’s baptism in the Chapel Royal, St. James’s Palace.

The third photo showcases the new family of five.

And the fourth photo captures a sweet moment between Kate and her baby boy, Louis. Holding him close to her chest, it’s clear for the world to see how proud the mother is with her newborn son.

Matt Holyoak talked about being chosen for the special day. He said: “I was truly honored at being asked to take the official photographs at the christening of Prince Louis and to witness at first hand such a happy event.

“Everyone was so relaxed and in such good spirits, it was an absolute pleasure.

“I only hope I have captured some of that joy in my photographs.”

Prince Louis looks really sweet in the traditional christening gown. The robe was created by the Queen’s dresser Angela Kelly. It is a replica of the intricate lace and satin dress made for Queen Victoria’s eldest daughter in 1841.

Prince Louis, who was born on April 23, was christened at the Chapel Royal in St. James’ Palace in London. The ceremony was private, but some familiar faces were seen arriving for the occasion.

The Duchess of Cambridge and Prince Louis in the garden at Clarence House, following Prince Louis’s christening. ? by Matt Holyoak.

The Queen and Prince Philip were missing in action from the ceremony. The decision was not made on health grounds.

The Archbishop of Canterbury, the Most Reverend Justin Welby, conducted the service earlier this week.

READ NEXT: Louis Christening: Did Kate Pay Tribute To The Queen With A Special Detail 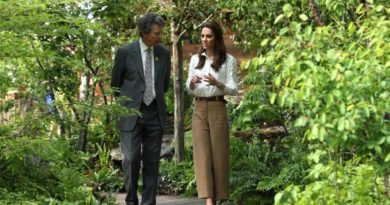 Why Kate Didn’t Win An Award At The RHS Chelsea Flower Show? 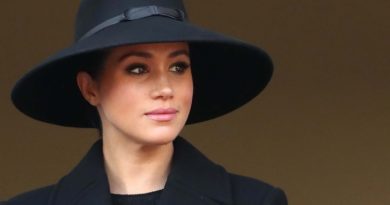