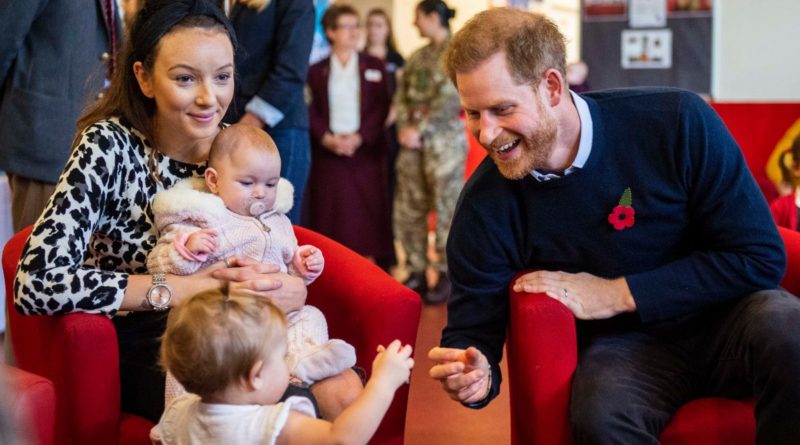 A woman that Harry spoke with said that the Prince had lots of questions concerning second babies.

Prince Harry and Meghan Markle became parents for the first time six months ago, but it seems that the royals are already thinking about another child.

Yesterday Prince Harry and Meghan met with military families in a community centre in Windsor and got the chance to talk about their families and children. The two are proud parents to the six-month-old Archie Harrison, and there were lots of other parents that have children at the same age.

During the engagement, Harry and Meghan talked with lots of spouses, children and relatives of military service members. One such is Susie Stringfellow, who told Forces Network that Harry had the subject of having more kids on the brain.

“Harry was really quite interested in how things were with second children as well because we both have older children,” Stringfellow told the network in a video, referencing another attendee at the event who has multiple kids. “We were trying to encourage him to have a second baby.”

Another person that the royals conversed with is Victoria Tucker, who revealed that Harry and Meghan were very sympathetic and addressed the way life in the army takes soldiers away from their families and how they would feel if they were called away from their newborn.

“They were talking about Army life, being away for Christmas…they can compare with us,” she said. “They didn’t want to miss anything, with their little boy now, just how our husbands miss their children.”

Harry, who spent 10 years in the army himself as an officer, knows firsthand how the job itself takes men and women away from their families and said that back then it wasn’t a problem, being a bachelor and all but now, he couldn’t imagine how it could be, becoming a father himself.

“I can’t imagine what it’s like to miss so much, as they change so quickly,” the Duke of Sussex said. Baby Archie has two loving parents that are always there for him, with the chance of getting a baby brother or sister in the future.

How Harry Broke Royal Protocol For Meghan After Caribbean Tour?