Prince Harry has always been seen as the extrovert in comparison to his older brother, Prince William. But according to a royal filmmaker, it is the opposite. The BAFTA-nominated Nick Bullen reveals that the always relaxed and chatty Prince Harry, 34, actually ‘switches on’ his carefree attitude for the camera while William, 36, is more naturally forthcoming.

While speaking to Yahoo UK’s online series The Royal Box, Bullen, who has worked with the royal brothers multiple times in the past, thinks that the difference in character is due to their positions within the monarchy.

He says: ‘Harry appears the most relaxed, but I think he’s probably the more reserved in many ways…

‘When he’s there he’ll switch it on and he knows what he’s got to do, but given his choice, he’d really rather not do it.

‘Whereas William knows it’s his role, it’s his future, he has to deal with it and he has to face up and front it up, so I think ultimately William is the one that gets on and does it.’

Bullen, who has worked on a number of high-profile royal documentaries, explains the important role that the media plays in making the princes more appealing to the public.

‘All of the Royal family realise the benefits of the press, of a good documentary or a good access piece,’ he says. An example of how this kind of on-camera interviews have changed the public opinion on William and Harry’s relationship with their father, Prince Charles, after so much high-profile commentary on how close they were to their late mother, Princess Diana.

‘They said things they had never said about their father and people thought “oh, these boys have got a great relationship with their Dad”,’ he says of a TV appearance.

‘And the more they can allow people a little glimpse of that relationship, the better it is for them.’

In the interview he also spoke of the rest of the royal family, Bullen confirmed the Queen was the one who chose Windsor Castle as the venue for Princess Eugenie’s recent royal wedding, dismissing the speculations that were going around that she was copying the Duke and Duchess of Sussex.

The producer, who was the one responsible for the coverage of Eugenie’s big day, added that the monarch’s control over her family is absolute and that ‘everything we did was approved by the Queen.’ He also gave his take on the Duke and Duchess of Sussex decision to announce their pregnancy just three days later.

‘Personally, if it were my wedding, I wouldn’t have been thrilled,’ he concedes. ‘What went on behind castle walls, I don’t know.’

Bullen also added that Meghan has helped the family immensely, making the family more relevant and extends their longevity by ‘100 years’.

READ NEXT: The Reason Why William And Kate Will Miss Prince Charles Birthday 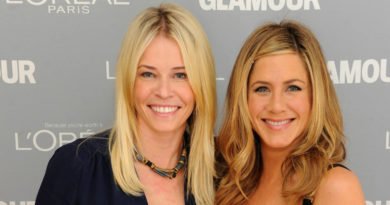