Royal fans are always trying to get more details about the lives of their favourite royals, especially with the new favourites, Prince William and Kate’s three children, Prince George, Princess Charlotte and Prince Louis.

One thing that fans have been wondering is how the trio refer to their older relatives which have tons of grand titles used frequently. But it seems that Prince William and Kate’s have no such predisposition to use grand names when they are at family gatherings with the rest of the royal family members.

So how do they call them? According to some royal sources, behind closed doors, the Queen and future queen have special nicknames, and it seems that “grandma” and “granny” are not included.

In 2013, while speaking to the Daily Mail Camilla, Duchess of Cornwall, revealed: “My own grandchildren call me GaGa,” this came shortly after Prince George’s birth. “I don’t know if it’s because they think I am! It is funny but is still very sweet.”

Before the youngest of the Cambridge trio was born, Camilla Duchess Of Cornwall was already grandmother to five grandchildren from her first marriage to Andrew Parker Bowles. She has two grandchildren from her son Tom Parker Bowles, while from her daughter Laura Lopes she has three. Fun fact, Laura’s daughter Eliza served as a bridesmaid at the Duke and Duchess of Cambridge’s wedding.

It is unclear if each of her grandchildren has accepted that same nickname, but Prince William has shed a bit of light on the whole mystery. In the ITV documentary, Diana, Our Mother: Her Life and Legacy, which was released last year, the Prince talked about how his children have “two grandmothers in their lives”: Carole Middleton and the late Diana, Princess of Wales. Seeing that the two grandmother positions are already filled, it’s understandable that the Cambridge children use another familiarity to describe Prince Charles’s second wife.

But it seems that Camilla is trying her best to be a great ‘grandmother’ to them all. In the new biography, The Duchess: Camilla Parker Bowles and the Love Affair That Rocked the Crown goes more in-depth of what kind of person she is. Every June, Camilla hosts a massive party for both her grandchildren and the grandchildren of friends, and it seems that everyone has a great time there.

“In 2016 there were about 90 children tucking into sandwiches, cakes, and jellies and roaring around the garden at Clarence House, having tugs of war and watching spellbound as magicians did tricks and entertainers made them laugh,” author Penny Junor wrote.

The Queen is a different story. Kate Middleton accidentally revealed how Prince George call his great grandmother Queen Elizabeth in another ITV documentary, Our Queen at Ninety. “He calls her ‘Gan-Gan,'” Kate said, adding that the Queen totally dotes on her youngest descendants. “She always leaves a little gift or something in their room when we go and stay, and that just shows her love for the family.”

When you peel off all the enormous wealth, grand titles and lavish lifestyles, the royal family really are just another normal family like any of us.

READ NEXT: Passing The Torch: Prince William Joins The Queen For A Visit To Top Secret Lab 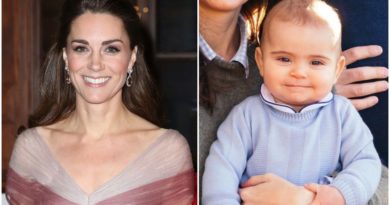 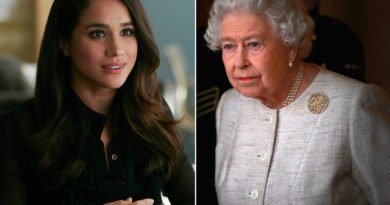 Will Meghan Wear The Queen’s Jewellery?