The Duchess has started preparing her kids for school, from disciplining ‘naughty’ George to coded surnames.

With the start of the school year right around the corner, Kate Middleton, like million other parents, has started preparing her kids for their return to the classrooms after the summer holiday.

Kate, who has always been known for her “hands-on” parenting approach, has begun preparing her three children-George, eight, Charlotte, six, and Louis, three-for their return to school.

Both George and Charlotte go to Thomas’s Battersea, the private school located in south London, with George attending Year 4 this year, while Charlotte will begin Year 2. The youngest, Prince Louis, is still in nursery but it won’t be long before we see all three Cambridge children attend the same school.

A royal source said: “Because of who they are, William and Kate have had to be highly organized parents.

“But as parents, Wills and Kate have developed this brilliant knack of letting as much as they can seem spontaneous and that’s how the children see it.”

A part of the preparations is getting new school uniforms. For this Kate needs to make sure that both George and Charlotte have perfectly fitting navy uniforms for their return to Thomas’s Battersea.

The insider continued: “George has grown quite a lot over the summer and so a new order will likely go into Perry’s, the Knightsbridge school outfitters, for some larger items as he’s gone up a size.”

Another thing Kate puts effort into is encouraging school friendships. The source said that “all the children are popular at school and have lots of friends, in London and also near Anmer.”

They added: “There’s never a shortage of friends around for tea. Kate and William insist on no special treatment for any of them.

“George might be a future king but for now he’s just another little boy.

“They are always at great pains to make sure the three of them have as normal a childhood as possible.”

One important part that the source reports Kate has focused on is helping them develop good manners, and it seems that the Duchess is very strict when it comes to it. They report: “Table manners, thank you letters, little courtesies are being drilled into the children so they become automatic.

“If George has been naughty, and he has been on occasion, Kate and William are good at explaining to him the rights and wrongs of what’s happened”.

A thing that both Kate and William practice, as well as their three children is creating good relationships with schoolmates and their parents, and the teaching staff.

“She comes from a supportive family so she’s very keen on family networks and networks of friends and the organisations.-the source adds.- “As parents they are also very good at rolling up their sleeves and helping out with school events; sports days, fundraisers and that sort of thing.

“No one ever jumps the queue for anything. They just try to fit in.

“Kate and William are also very, very supportive of the staff.”

Both William and Kate have even made friends with some of the parents from the class, with both of them being seen enjoying drinks with their new pals.

Kate also encourages her kids to be creative and nurtures their artistic side, be it through painting, cooking or even photography.

Kate is said to “encourage both George and Charlotte to write, sketch, photograph and paint weekly journals.” The source added that these are “admired and encouraged by Prince Charles and the Middleton family.”

And it seems that a favorite activity of theirs is cooking. According to the insider: “New skills are constantly being learned, lots of cooking being done by all the three children, followed by lots of mess and much laughter.”

Back in 2018 when Kate was making food for a Commonwealth Big Lunch at St Luke’s Community Centre, she said: “I’ve done that with George and Charlotte—making pizza dough.

“They love it because they can get their hands messy.”

Last, and perhaps one of the more important things, is how she prepares and makes sure that her children are as normal pupils as they can.

While Prince George’s  full title is His Royal Highness Prince George of Cambridge, that is not the name he uses in school.

For school, both Prince George and Princess Charlotte dont use their royal titles, instead of going by George Cambridge and Charlotte Cambridge. Of course, the two also have nicknames that their friends use when at school. 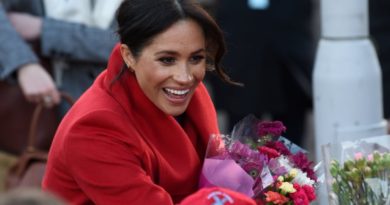 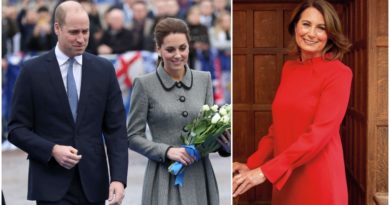 Carole Middleton Has The Sweetest Words For Prince William