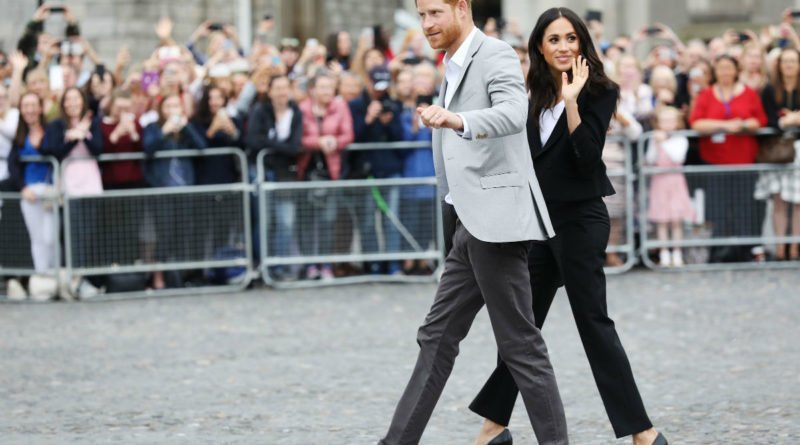 Even after six months of being married to Prince Harry, Meghan Markle is still a US citizen. The Duchess of Sussex has already applied to become a British subject-but that process could take as long as several years before its complete. As a result of this, she will still need to pay tax in America for any income earned or allowance received British media reports.

This means that all royal proceeds enjoyed by Meghan, 37, will be on the taxman’s radar, such as gifts, homes and even her clothes-along with the $AU6.8 million she has earned during her career as an actress. But she isn’t the only one affected, with her husbands own income also in ‘danger’-including his $AU35 million trust fund which was set up by Princess Diana and the Queen Mother. Prince Harry, 34, who earns around $AU526,800 per year from that inheritance, and already pays annual income tax on that cash in the UK. But with the fact that Meghan has also access to that money, it could count towards her income as well. The Queen isn’t safe either, as she and Prince Charles can also be caught up in the tax troubles, as they both provide financial support to the young royals as well.

Royal staff told the Sunday Express the situation was unprecedented.

“We’re looking at a level of financial exposure the royal family has never had to face before,” the aides said.

“It’s the royal household’s worst nightmare … Everything has to be declared.

“That means a level of financial openness and scrutiny the royal family are not used to. “There is a very comfortable relationship between the Palace and Her Majesty’s Revenue and Custom (HMRC) where the royal family volunteers to pay some tax and the taxman is very grateful.”

According to UK media, the royal couple will have to declare much more than just cash, including jewellery, designer clothes and even their home in Kensington Palace likely to be affected by the tax. Some sources claim that the royal family has asked help from several American tax experts, in order to navigate the situation and prepare Mehgan’s tax returns. Kensington Palace has previously announced Meghan was going through the “normal visa process” to become a British citizen via a Leave to Remain visa, which allows a holder to stay in the UK indefinitely with no limit on their length of stay, employment or educational opportunities.

READ NEXT: Meghan And Mom Doria ‘Will Be Weighed’ After Christmas Lunch As A Part Of Tradition

Prince William And Kate Reunite With The Queen For Special Event