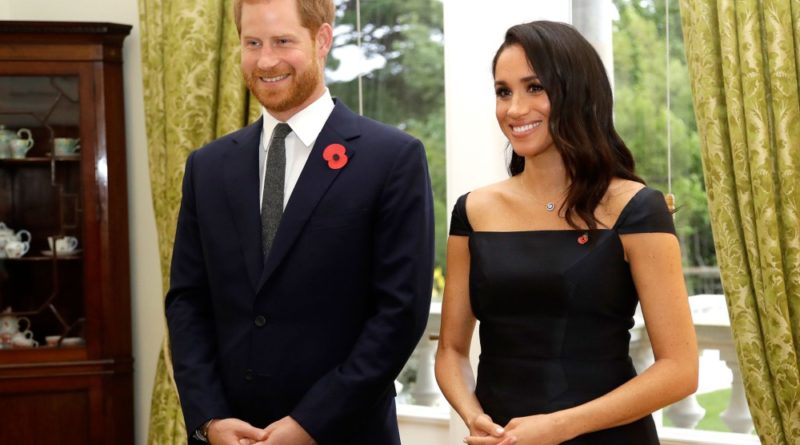 Despite not being born yet, this royal baby has already broken more records than you. Ever since Meghan and Harry announced that they are expecting their first child in October 2018, just five months after getting married in St George’s Chapel, royal fans have been following Meghan’s growing baby bump with extreme attention.

The reason might be the fact that we know very little of Meghan and Harry’s first child, as Kensington Palace has only released a handful of details, such as only confirming the baby’s due date as in the spring of 2019. This lack of information has lead to some very crazy theorizing and speculation. A record-breaking  amount of cash has been placed on the date of birth, sex and name of Baby Sussex.

The couple’s first child, who is due to arrive late April/early May, has caused punters to spend an astonishing amount on bets.

According to some betting intelligence website bookmakers.tv bookies predict that more than 8 million pounds have been spent on bets on the new royal baby.

This is way much more when you compare it to the 3 million that Prince George, Princess Charlotte and Prince Louis gathered together!

Company spokesperson Philip Trampe told The Mirror: “Meghan and Harry’s popularity is off the charts and their good news will send the public into a royal betting frenzy of epic proportions.

“Fans are so keen to speculate on every aspect of the baby and millions will be riding on the name, arrival date and sex among many other predictions. “Up until now, Harry and Meghan’s wedding was the Royal event attracting the largest number of novelty bets on record as bookies took in just over 3.5m in bets.

“Yet the couple’s unborn baby is attracting more than double that amount in bets already.”

One of the most popular bets among fans is on which baby name Meghan and Harry will decide to go with. At the moment, Victoria is a favorite with a 8-1 chance, with it being a firm pick ever since the couple announced they were expecting a child. Good options are Diana and Phillip, who both stand at 12-1, while Alice and Arthur can be backed at 14-1.

Coral Spokesman John Hill said: “Victoria has been the most popular name in our Royal baby betting by some distance, therefore, it is the clear favourite ahead of Albert, Diana and Philip.”

This is the full ranking of possible baby names:

READ NEXT: This Is The Reason Why Harry And Meghan Were Late To The Endeavour Fund Awards

Kate’s Secret Shopper Revealed! And It’s A Member Of The Royal Family