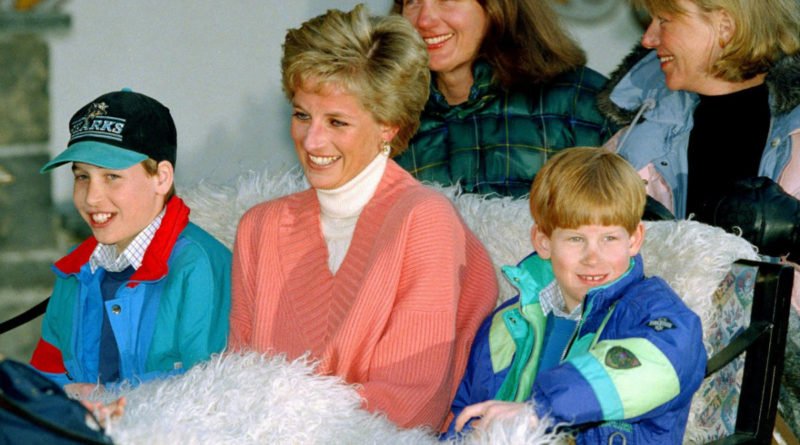 Prince William managed to pull a prank on the press, with the help of his mother Princess Diana, who he used as a decoy during their family holiday in the Caribbean, a royal insider has revealed.

Ken Wharfe, Princess Diana’s former protection officer, told the story of how the current Duke of Cambridge sneakily carried out a joke on the press with his mother, instructing her to opt for a photo call to dupe the press before he fired water balloons at them.

Diana was initially hesitant and decided to refuse the photocall, but her mind was quickly changed when the island’s manager presented her sons with large catapults as Prince William proceeded to plan a full-scale prank on the press. Speaking to Robert Jobson’s Royal Podcast, Mr. Wharfe said: “William said, we can go to the top of the cliff and when mummy does the photo call we can fire the balloons at the press.

Mr. Wharfe added: “It was probably some of the best pictures ever taken of Diana in the Caribbean.”

The prank took place during the family’s stay at  Necker Island, at the Richard Branson’s private retreat.

Prince William and Prince Harry both have a strenuous relationship with the press and the constant invasion of their privacy. They even blame the paparazzi for their mother’s untimely death in 1997. Or maybe the press wanted her death due to the prank she and her sons pulled on them.

The Duke has a long-standing battle against paparazzi photographers, with the Royal Family going as far as winning a legal battle with French glossy magazine after the published shots of Kate, the Duchess of Cambridge, sunbathing topless. In 2017, the two princes publicly spoke to the BBC about their mother’s death, marking the 20th anniversary since Princess Diana was tragically killed in the Paris car crash.

Prince Harry said: “I think one of the hardest things to come to terms with is the fact that the people that chased her into the tunnel were the same people that were taking photographs of her while she was still dying on the back seat of the car.

“She had quite a severe head injury but she was very much still alive on the back seat. And those people that caused the accident, instead of helping, they were taking photographs on the back seat, and then those photographs made their way back to news desks.”

Speaking previously of the incident, Ken Wharfe, Princess Diana’s former bodyguard said: “Part of her problem in Paris was this desire by the gathering media circus for a picture.”