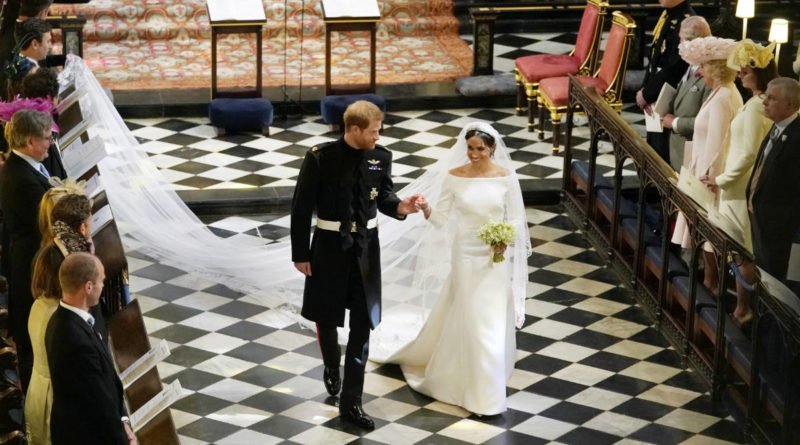 Meghan Markle’s wedding designer has revealed a shocking fact about the dress the Duchess of Sussex wore during her big day on May 19, when she married Prince Harry at Windsor Castle.

Clare Waight Keller has revealed what the American bride told her from the very beginning what she wanted for her dress for the Royal Wedding and that it took no less than eight fittings to get the dream dress.

While the other most important person at the wedding, Prince Harry, thought that her dress was amazing, not everyone agrees.

Kate Perry said that Meghan could have gone for a more fitting dress and joked that Kate Middleton looks way better the day of her wedding.

However, according to the designer behind the dress, the bride got exactly what she wanted for her big day.

“I wanted a modern and fresh silhouette while respecting her style.”

The Givenchy artistic director also felt the pressure of the task as this was no ordinary event and admitted that she felt like entering history after the dress was admired by millions around the world.

She said it was “an immense honor to have worked closely with Meghan” and also revealed that the Duke of Sussex congratulated her after the wedding.

“Prince Harry came to me and said, ‘Oh my God. Thank you. She is absolutely magnificent.’

“I am very proud.

“A dream come true”, she reported.

The most cited flaw from critics about the dress was that is was “too simple” and “boring”   but the designer disclosed all the work behind the dress, which made sure Meghan looked immaculate as she stepped out of her car on May 19.

“To keep the veil immaculate until the ceremony, the embroiderers washed their hands every 30 minutes,” she said. She continued: “The silk crepe for the dress is double, which gives the silhouette its simplicity and its holding while remaining supple.”

One of the most noticeable pieces of Meghan’s wedding dress was the 6ft long intricate designed veil and Ms. Waight Keller said she and Meghan actually talked if the train was too much.

“A lace edge, is it more or less important or not? Then I proposed an embroidered flower for each of the 53 Commonwealth countries.

“In a way, they accompanied her to the altar. It was a moment of intense communion.”

READ NEXT: Prince Harry And Meghan Are Visiting This Country Soon!