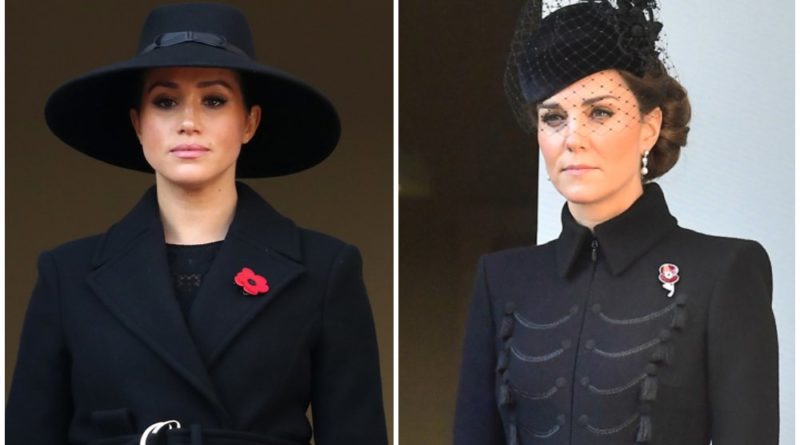 Yesterday, both Kate and Meghan joined other members of the royal family and attended the Royal British Legion Festival of Remembrance at the Royal Albert Hall in London, to mark Remembrance Day.

In the morning, both duchesses were photographed on two different balconies of the Cenotaph while their husbands Prince Harry and Prince William laid wreaths down.

Duchess Meghan shared the Foreign Office balcony with The Countess of Wessex, and Sir Timothy Laurence.

Duchess Kate watched on from the Foreign and Commonwealth Office together with the Queen and Duchess of Cornwall.

Both Meghan and Kate wore black. Meghan opted for wide brim hat with a leather ribbon, which she teamed with a black  belted wool coat adorned with a poppy.

Meghan attended the official Armistice Day service at the Cenotaph for the first time, last year. While the Queen, Duchess of Cornwall and the Duchess of Cambridge stood just metres away, Meghan joined the German president’s wife Elke Büdenbender.

Today, hundreds of armed forces personnel were also present at the occasion, alongside Cabinet ministers, religious leaders and representatives of Commonwealth nations.

When Big Ben struck 11am, a two minutes silence was observed, with its beginning and end marked by the firing of a gun by the King’s Troop Royal Horse Artillery.

Prince Philip, the Queen’s husband, didn’t attend of the Remembrance Day festivities, as he has retired from royal duties two years ago.

The Prince of Wales led the rest of Britain in remembering Britain’s war dead, taking the role historically held by his mother for the second year in a row.

Prince William and Prince Harry followed their father in laying wreaths, while their wives also watched the ceremony from balconies.

READ NEXT: William, Kate, Harry And Meghan Arrive At Festival Of Remembrance 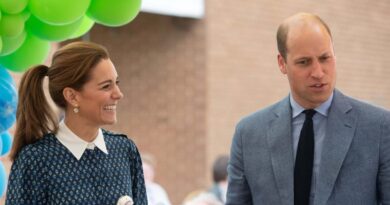 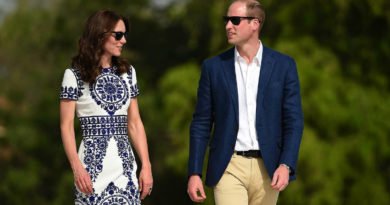